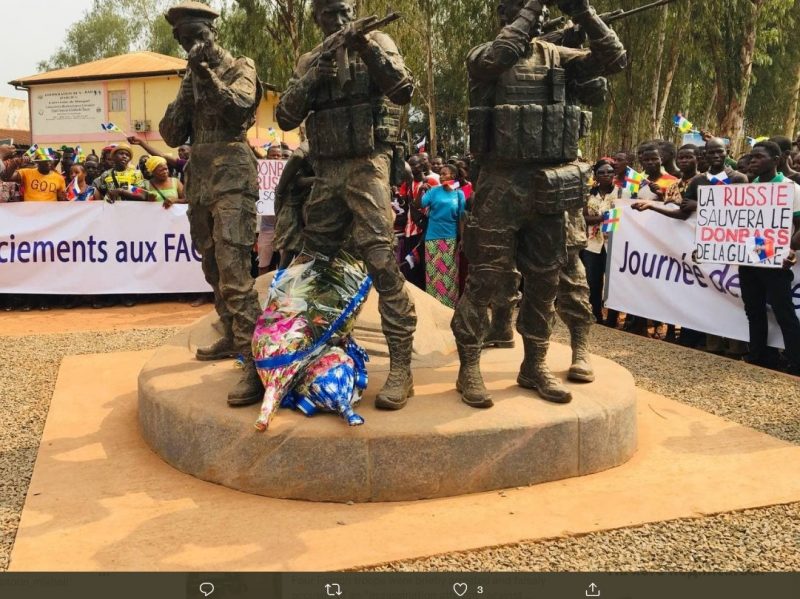 The Central African Republic. Rally in Support of Russia
twitter.com/RCA_Info

🗯 We’ve been watching France’s actions in Africa for a long time. The French have been there for a pretty long time. Under beautiful slogans of fighting terrorists, they drained resources. The introduced troops were responsible for the trouble-free resource draining.

At the same time, the military occupation of Mali was so comprehensive that, according to the African country’s prime minister, no aircraft could take off without the approval of France.

“We want to review the unbalanced military agreements under which Mali’s planes could not fly over its territory without French approval,” said Prime Minister Choguel Maiga of Mali.

And all was not bad for the French, until one ‘but’ happened. And this ‘but’ was the invitation by the Malian authorities to the country of military personnel from Russia. In particular, the already operating in the CAR, 🎻 PMC Wagner.

It would seem that what is wrong here…? Well, they came – it’s a big country, but no. The French are running away from Mali on this pretext, accusing Russia of all the sins, with the speed of 🏃 Usein Bolt in his best years.

What’s the catch? And the catch is that before the French arrived, the terrorists controlled a small area in northern Mali. As of 2021, up to 2/3 of the African country’s land had been seized by the militants.

Nice work! What a fight!

Oh, well, let them go. And at the time – it was our unexpected victory on the continent, which should have been maximized. However, what can we offer now, to a country that has come to rely on us in the current conditions of the SMO? That question remains.

We must not abandon the undertaking! We have already screwed half the world by ruining the USSR, thus leaving the countries in need without our support. And the big question here is, how can Russia in its current lax and sluggish state help anyone?