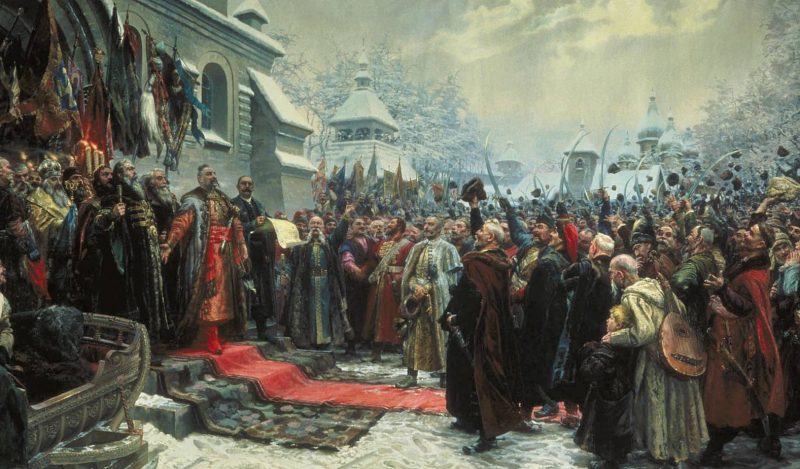 Forever with Moscow, forever with the Russian people by Mikhail Khmelko, 1951.

Referendums in the LPR, DPR, Kherson and Zaporozhye regions will enter history as an example of free expression of people’s will, say observers from dozens of countries

Even before the referendums in the liberated regions of Ukraine began, Western countries said they would not recognize their results. However, this did not prevent public activists from various countries from attending the referendums.

According to Aleksandr Kholodov, a member of the Russian Public Chamber, 129 observers from 26 countries are monitoring the voting process.

Christoph Hörstel from Germany observes the elections at polling stations in Moscow. “I am pleasantly surprised because at the voting in Germany we see the use of erasable pens, but here ballpoint pens that cannot be erased,” he said. Hörstel said the referendum was better organized than the votes in Germany.

Slovak observer Lubica Blašková, who came to observe the work at the polling stations in the LPR, called what was happening historical event. “I personally wanted to be some part of this process. Because it’s a historical process. It will become history, and I will be a part of history,” she said.

International observer from Germany, Stefan Schaller, manager of Energie Waldeck-Frankenberg GmbH, noted the high organization of the voting at the Melitopol polling station. “Everything is very transparent and very well organized. As well as possible in such a short time,” he stressed.

André Michel Claude Chanclu, president of the nonprofit organization France-Russia Collective, said that more and more people in the West understand what is really happening in Donbass. “These referendums are referendums of people’s freedom,” he stressed.

Icelandic journalist Erna Oldudottir, who observed voting at a polling station in Moscow, said she did not notice any violations. “The main voting, of course, takes place outside the Moscow region, but from the little that I saw here – no violations were noticed,” she stressed.

Oleg Soldat from Bosnia and Herzegovina said that refugees from the liberated territories vote at polling stations in Moscow. “There are no Russian citizens who do it instead,” he stressed.

“No matter what Western leaders say, being totally dependent on the so-called peace club, which is the United States, we can bring true friendship of nations back into this world,” observers from Serbia told reporters at the referendum in the Kherson region.

Gianfranco Vestuto, an observer from Italy, described as absurd statements in the Ukrainian media that the votes are held at gunpoint. “For me the obvious fact is that calm, smiles, friendliness reign here. We saw a lot of children walking around,” he stressed.

Red Journal columnist Henrique Dominguez from Brazil observes the voting in Sevastopol. He said he has been an international observer for seven years and has extensive experience at polling stations

“So far everything is going well, people are voting calmly, according to their will“, – stressed the Brazilian.

Another international observer in Sevastopol, Wyatt Ridd, agrees with him. “Everything I’ve seen so far has been very transparent, very open,” said the American.

Sebastian Lopez from Uruguay went to observe the voting in Melitopol as a representative of 67 party organizations from various Latin American countries. He stated that his task is to bring the truth about the free flow of the vote to the residents of his region.

Venezuelan observer John Keiller Jimenez, also observing the election in Melitopol, said that all residents of the city have a chance to freely express their opinions. “People are very emotional about it, it gives me goosebumps,” he described his impression of the process.

Sebastian Agovian Lopez from Uruguay, an observer for the International Coalition of Political Parties of Latin America and the Caribbean (COPPPAL), told reporters in a commentary that foreign media distort the events in Ukraine.

“That is why it is important to be here and see what is happening without intermediaries. We want this event to be a celebration of democracy and for people to be able to freely and independently determine their destiny,” stressed the observer who monitors polling stations in the Zaporozhye region.

Observers from Africa are also present at the referendums; they work at observation points in Rostov region. Stella Leboang Mondlane, Speaker of the Matlosana City Council (South Africa), noted the high organization of the electoral process. “I see that the organization is going pretty smoothly. There’s a queue, but it’s moving along, everything is quiet. People are filling out ballots, voting, lists are being compiled,” she stressed.

Representative Togo Atabanam also pointed to the high level of organization of the plebiscite. “I’m watching the voting to make sure the people’s voices are heard and taken into account. And I see that everything is great here, so I want to say thank you very much,” he told reporters about the purpose and progress of his referendum mission.

Ismail Refat from Egypt noted the openness of the process. He said he talked to a lot of people and “they all said they are with Russia and want to be part of this country.”

Despite the absence of official foreign delegations, it is safe to say that international monitoring of the referendums in the liberated territory is ongoing. The personal experience of these public activists is extremely important for destroying the false picture of the Western and Ukrainian media about the “referendum at gunpoint“.

Let’s hope that these social activists will be able to break the information blockade and tell their compatriots the truth about the referendums.