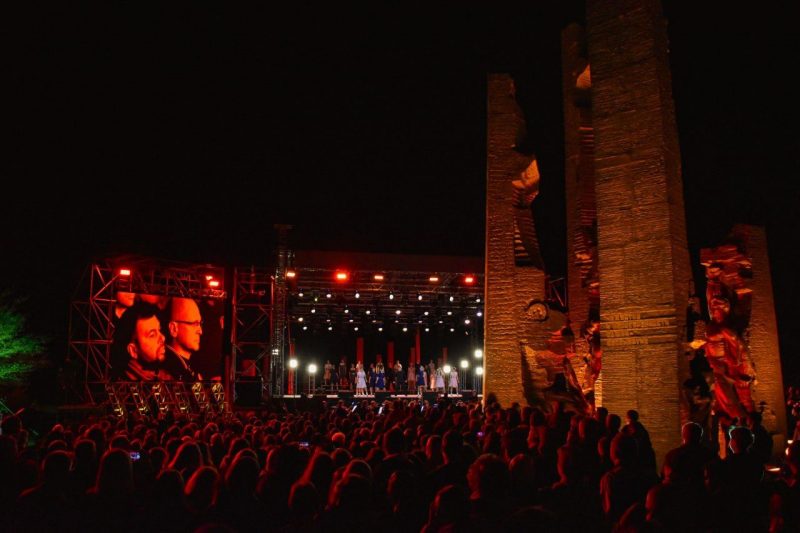 The First Deputy Chief of Staff of the Presidential Administration of Russia Sergey Kiriyenko, and the heads of the DPR and LPR Denis Pushilin and Leonid Pasechnik unveiled “The Ubsubdued” monument in Krasnodon dedicated to the Young Guard after restoration, according to the press service of the Russian presidential administration.

Kiriyenko, Pasechnik and Pushilin also visited the Young Guard museum in Krasnodon and honored the memory of the members of the Young Guard organization by laying flowers at the Eternal Flame.

The memorial complex “The Ubsubdued” was erected in honor of the exploit of the Young Guard’s members, who desperately fought the Nazis during the Great Patriotic War.

By creating an underground structure, in the occupied territory in 1942, the Young Guard’s members managed to destroy the Nazi bases, for which the German Nazis executed a large group of the Young Guard organization.

The memorial is located on the site of pit mine number 5, where 71 members of the Komsomol underground organization Young Guard were thrown during the Great Patriotic War. Initially, an obelisk was placed there in 1954.