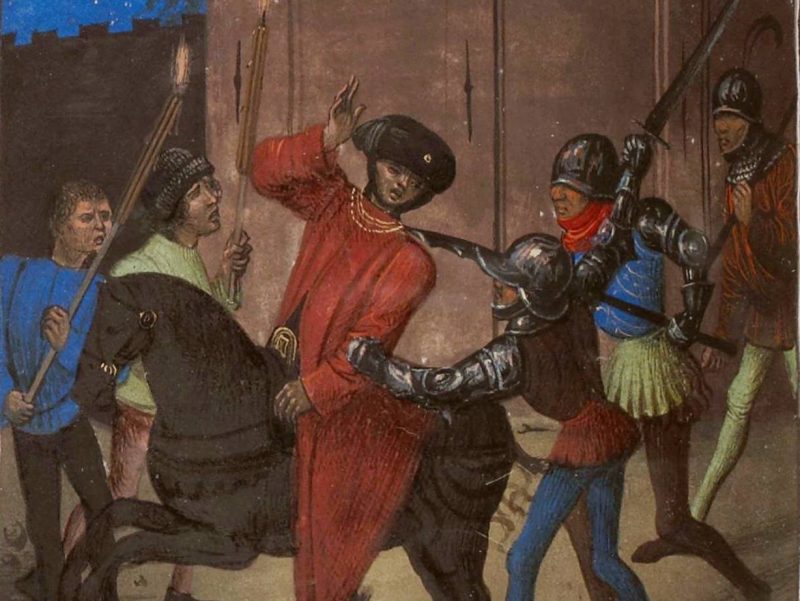 It is already clear that the attempted assassination did not scare Imran Khan, but only raised the stakes even higher in the political struggle.

The attempted assassination of Pakistan’s opposition leader Imran Khan has sharply escalated the already deep political crisis into which the country has been plunged over the past seven months since he was deposed as prime minister.

The attack on the leader of the Pakistan Movement for Justice (PTI) came during one of the stops of a mass protest march he led that was heading toward the national capital.

After leaving the provincial capital Punjab on October 28, the columns of protesters made it several days to the town of Wazirabad, where the attack took place during a stopover.

A video captured the moment a man in the crowd drew a gun and opened fire on a platform on top of which Imran Khan and other PTI leaders were standing.

Imran Khan was shot in the legs and fell as a result of the attack. One of the party activists was killed and 13 others were wounded.

Events could have taken a more tragic turn if the man standing next to the attacker had not reacted and grabbed him from behind. He jerked his hand up with the gun preventing him from taking aim at people. As a result, some of the shots went into the sky. After that, the activists of the party captured the attacker and handed him over to the police.

Later, the man who interfered with the shooter said that the assailant was unprepared.

“He only fired once. The gun was automatic and set on queue mode, so the shooting didn’t stop until the clip was empty,” he said.

A video of the interrogation of the suspect, in which he admits that he wanted to kill Khan, was soon leaked to journalists. During the recording, the man was confused and changed his story several times as to why he had decided to commit the assassination attempt.

One of the eyewitnesses to the attack was the march’s sound engineer, who was on a platform near the party leader at the time. According to him, he was bending over the console to change a song and heard bullets whizzing by him. When he turned around, he saw that two or three people were shooting at them from different places.

By evening, Chaudhry Pervaiz Elahi, chief minister of the PTI-loyal Punjab province, had ordered the police to form a joint investigation team along with the Counter Terrorism Command (CTС) and investigate the entire background of the assassination attempt.

“We want to know who was behind the incident, who trained the accused, how much money was given to him, and who paid for it,” Elahi stressed.

He urged party activists to lead protests in major cities across the country until those suspected of masterminding the political assassination were removed from power.

One such PTI sit-in in the city of Faisalabad was shot at by unknown assailants. However, no one was injured.

The next day, party activists continued mass protests in major cities of the country. In some places, they blocked roads, burned tires and erected improvised barricades; somewhere they switched to sit-in protests.

In provinces being under the control of the ruling party, the police tried to disperse the protesters. They used police batons, rubber bullets and tear gas.

In Punjab, protesters stormed the residence of Interior Minister Rana Sanaullah and besieged the home of the governor, who is loyal to the central government.

Opposition party leaders, along with lawyers, filed a statement in Wazirabad about the attack on the protest march. In the statement, they placed all responsibility for orchestrating the assassination attempt on the country’s leadership.

Former Prime Minister Imran Khan addressed the nation the day after his injury and urged supporters to continue a nationwide protest until the resignation of anyone he suspects of masterminding the attack.

“There are three people involved in my assassination plan. One of them is [Interior Minister] Rana Sanaullah, who decided to kill me after witnessing massive public support for PTI,” Imran Khan stressed.

He also accused Prime Minister Shehbaz Sharif personally and an unnamed army spokesman of participating in the plan to assassinate him.

“I have already decided that it is better to die than to be a slave to these thieves. I will take to the streets again and call for a [protest] march on Islamabad after I recover,” said Imran Khan.

Immediately after the attack, Pakistan’s prime minister, other politicians, and the army press office condemned the attempted political assassination.

But in response to Imran Khan’s accusations, the defense minister from the ruling Pakistan Muslim League-Nawaz (PML-N) called Khan a liar who was trying to take advantage of the situation.

Pakistani Interior Ministry Rana Sanaullah, head of the PML-N, continued the same line and called the PTI chairman a big “liar.” He then questioned reports that he was wounded by four bullets and that several people were involved in the assassination attempt.

“A mob instigator, a rebel wants to destroy the whole country and the nation,” Sanaullah added.

A few days earlier, he had reasoned that he had already chosen a prison where he would put Khan if he got the chance.

The Army press office condemned the accusation of military representatives participating in such a crime.

“The irresponsible accusations made by the PTI chairman against the institution and especially a senior Army officer are totally unacceptable and inappropriate,” the Armed Forces Public and Media Relations (ISPR) said in a press release.

The attempted assassination attempt did not stop Imran Khan, but only raised the stakes even further in the political struggle. Most likely, it will lead to an even greater increase in his popularity, which both the authorities and the current army will have to face.

His rivals are now held responsible not only for economic problems but also for attempted murder.

All in all, this undermines previous attempts by the PML-N government to discredit Khan’s image through the Election Commission’s investigations into foreign funding of PTI and allegations of fraudulent gift storage for the country’s leaders.

In addition to the unfair and politically biased, according to Khan’s supporters, decision of the Electoral Commission to ban the former prime minister from running for and holding office, there was also the attempted assassination. The practical consequence was the radicalization of protests, which have already turned into mass disturbances throughout the country.

Translation of the article written by Aleksandr Maksimov.