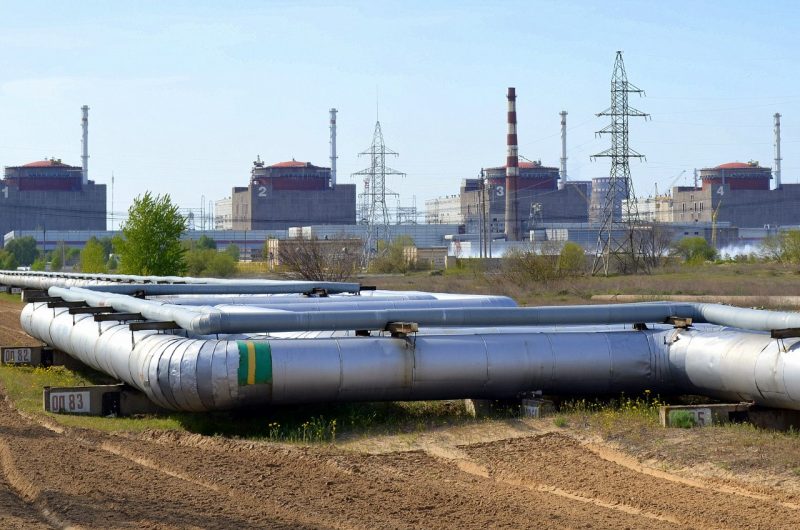 If successful, Kiev would be able to establish not only military control over the power plant, but also gain international cover for it

On September 1, an International Atomic Energy Agency (IAEA) mission was expected at Zaporozhye NPP that should see for themselves the situation at the plant. However, a completely different “delegation” was the first to appear not far from the plant.

In the morning, the head of Energodar city administration Aleksandr Volga reported about the landing of the Ukrainian sabotage group near the plant.

Intended purpose of the Ukrainian operation

Kiev’s plan seems to have taken into account the arrival of the IAEA mission at the plant, and all actions were timed just to fit into their arrival.

In the morning Ukrainian troops shelled the territory of Zaporozhye NPP and Energodar, and immediately afterward Ukrainian sabotage groups used boats to cross the river and landed a couple of kilometers away from the plant.

According to the Russian Defense Ministry, the first landing group consisted of up to 60 people. Apparently, according to the plan, they were to attack the station right before the arrival of the IAEA experts, counting on the unpreparedness of the personnel at the power plant.

The mission, which would have arrived at the plant afterward, would have prevented Russian attempts to counterattack and retake control of the plant. International experts would have recorded that the plant was controlled by the Ukrainian military.

Later, the Ukrainian grouping could have been reinforced by the next waves of landing troops, and the supply of the garrison would have been organized via the Dnepr River. In all likelihood, Kiev expected that Russian troops would not have attacked the river crossing, which would have operated next to the NPP, with rockets and artillery.

In reality, however, things happened differently. Either Russian intelligence learned of the landing plan or it was discovered already in progress, but the landing Ukrainian troops were prevented from reaching the plant. They were blocked after the landing by units of the National Guard of Russia and Russian Armed Forces. From the air, the landing force was attacked by Army aviation helicopters.

The second landing group, which was to have landed elsewhere, was sunk while still in transit. “As a result of the Russian units’ shelling, both barges with the Ukrainian army tactical landing troops were sunk,” the Russian Defense Ministry said.

The Russian military is currently eliminating the remnants of the landing troops and exploring the rubble in search of the dead.

It is worth noting that the plan does not look at all as insane as it appears at first glance. Taking into account that the security of the plant was most probably not too numerous, a squad of 60 saboteurs might have accomplished their mission and established initial control over the nuclear power plant, while the IAEA mission that arrived made it safe from a response of the Russian troops to Kiev’s provocations.

If the operation had been successful, Kiev would have been able to establish not only military control over the plant, but also gain international cover for it.

However, the timely actions of the National Guard of Russia and Russian army units put a stop to this daring landing operation. One can only hope that the IAEA commission will have at least minimally objective experts who will give a legal assessment of the Ukrainian military’s adventure near the nuclear power plant.