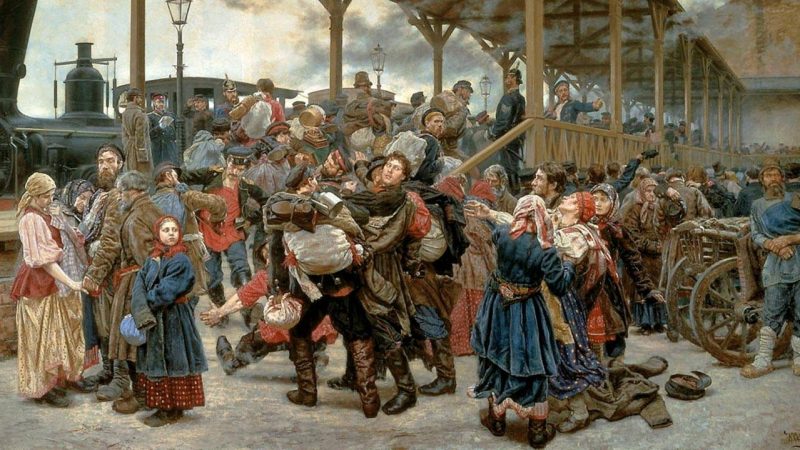 Savitsky Konstantin. To the war, 1888

The military commissioner for conscription in Kiev Sergei Klyavin said that 80 percent of recruits have evaded the draft, RIA Ukrainian news reported on October 12.

“These are people who regularly fail to arrive at recruitment centers, they are hiding and do not register… These are the people whose files were transferred to the National Police for the search and prosecution,” the commissioner said.

All registered persons who are subject to the autumn draft and who have not arrived according to the call-up papers to the recruitment centers will incur misdemeanor and criminal charges. Of the 57 thousand draftees, there are now more than 33 thousand draft dodgers.

The military conscription law was repealed in Ukraine in 2013 as a part of the strategy to create a professional army. But after the coup in 2014, Kiev resumed drafting conscripts.

Alexander Turchynov, who was the acting president of Ukraine at the time, justified this by referring to the exacerbation of the social and political situation with “pro-Russian” rebel groups in the south of the country.