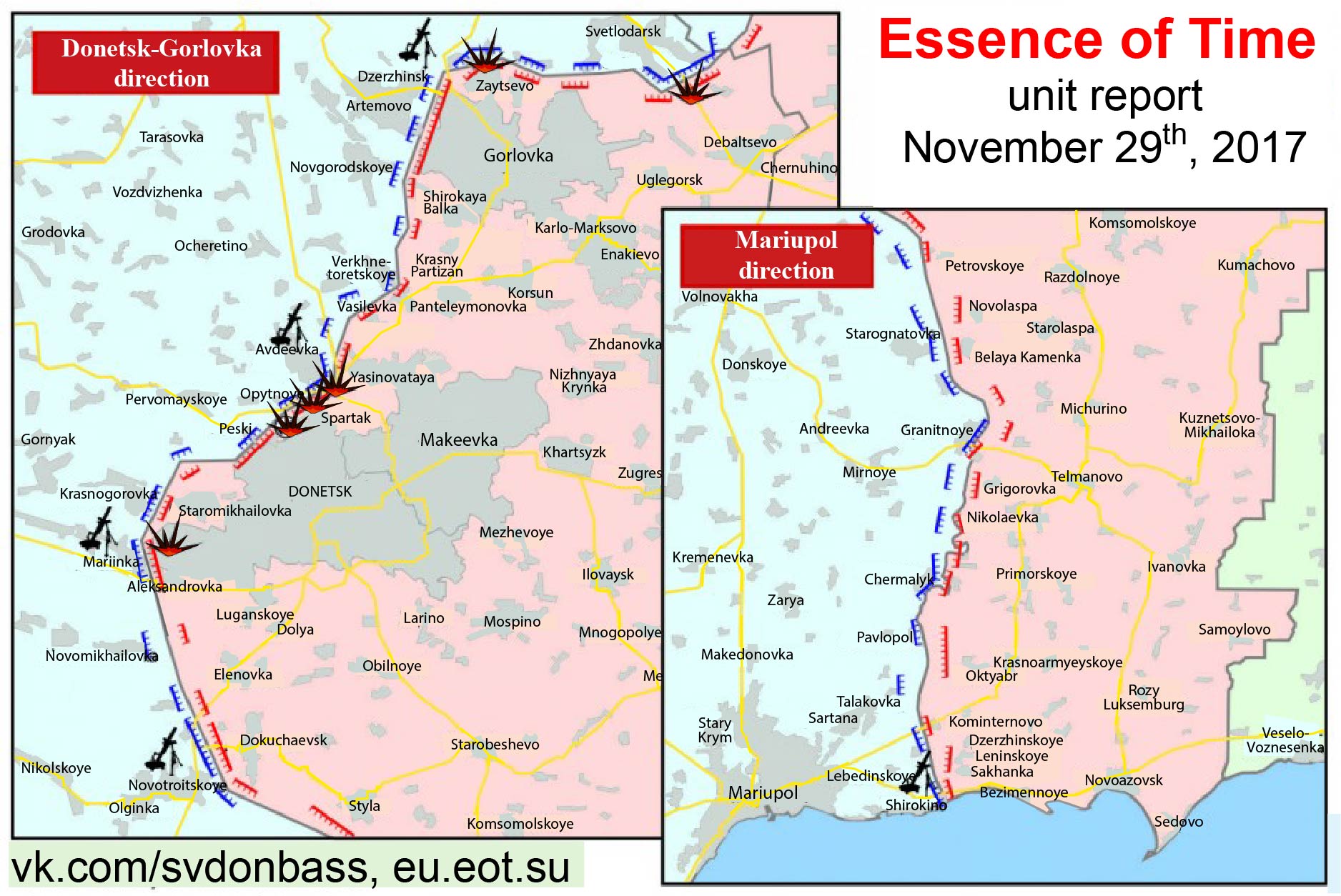 The Ukrainian army opened fire on the village of Zaytsevo on the Gorlovka segment of the contact line and on the Donetsk People’s Republic People’s Militia positions in the area of the Sevtlodarsk bulge. The enemy was using 120mm and 82mm mortars and heavy machine guns. On the Donetsk part of the front, the Ukrainian side opened fire on the Yasinovataya checkpoint, the village of Spartak, the area of the former Donetsk airport. The enemy was utilizing 120mm and 82mm mortars, anti-aircraft guns, small arms. On the western outskirts of the capital, the Ukrainian army opened fire on the village of Trudovskiye with mortars and armored vehicles.

According to the recent data, on November 28, the Ukrainian side violated the ceasefire 14 times. The enemy used 120mm and 82mm mortars, grenade launchers, and small arms. Two houses were damaged during the shelling of Zaytsevo.