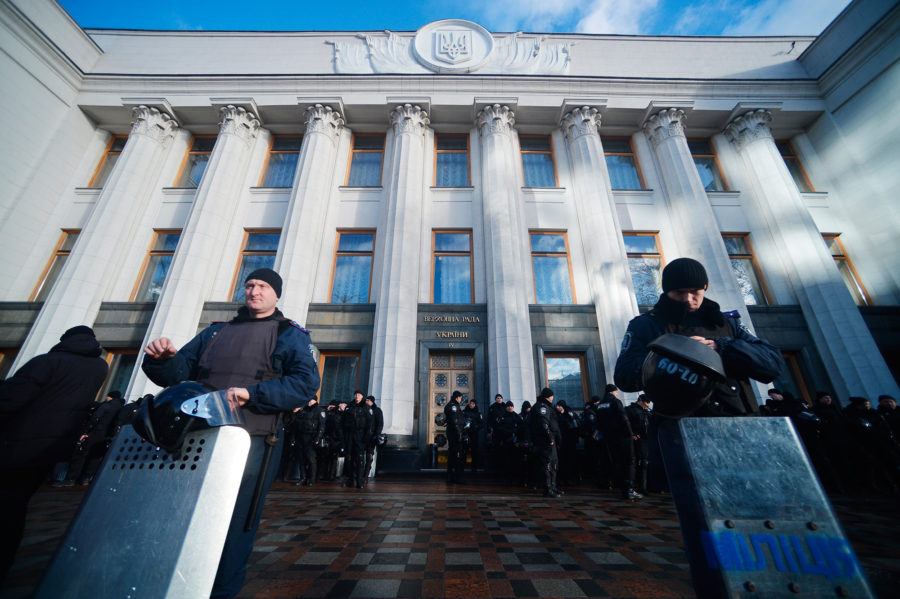 DNR-News reports that thousands of people rallied in Kiev on the square in front of the Ukrainian Parliament on December 17. The participants of the protest demanded the government to resign and displayed bloodied cow heads as a symbol of threat of new economic reforms of the Kiev junta to the agricultural sector.

Approximately 10 thousand people protested against the new edition of the Tax Code which, according to the protesters, doesn’t allow businesses to develop. People from different regions of Ukraine gathered on the rally, people of different professions, from farmers, small and middle-scale businesses, to doctors and workers.

The protesters have brought a total of 22 Christmas trees with cow heads. The portraits of politicians were hanging on horns of some of these. Farmers demand the government to preserve the special VAT regulations for farmers.