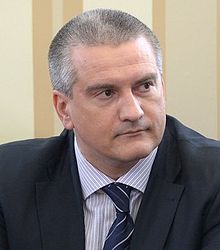 Again “Drang nach Osten,” again the Operation “Barbarossa”, again the “wunderwaffe.” On January 25, the head of the Republic of Crimea Sergey Aksyonov commented on the German decision to supply main battle tanks to Ukraine on his Telegram channel.

Aksyonov reacted to Germany’s decision to supply 14 Leopard 2 tanks to Ukraine and approval of the re-export of these tanks from other NATO countries.

“Again ‘Drang nach Osten,’ again ‘Barbarossa’ operation, again ‘wunderwaffe’. The scenario is familiar, the ending is known. A schematic of the Leopard 2A4 tank is attached. I’m sure that everyone will be able to find more detailed information about vulnerabilities of this ‘cat’, and the command will provide our servicemen with everything necessary to destroy descendants of Nazi ‘tigers’ and ‘panthers’,” wrote Aksyonov.

Aksyonov also said that in his opinion, the most effective anti-tank weapon is “the complete cessation of supplies of gas and oil and fertilizers to Germany.” The Head of the Republic of Crimea stressed that this was his personal opinion as a Russian citizen.