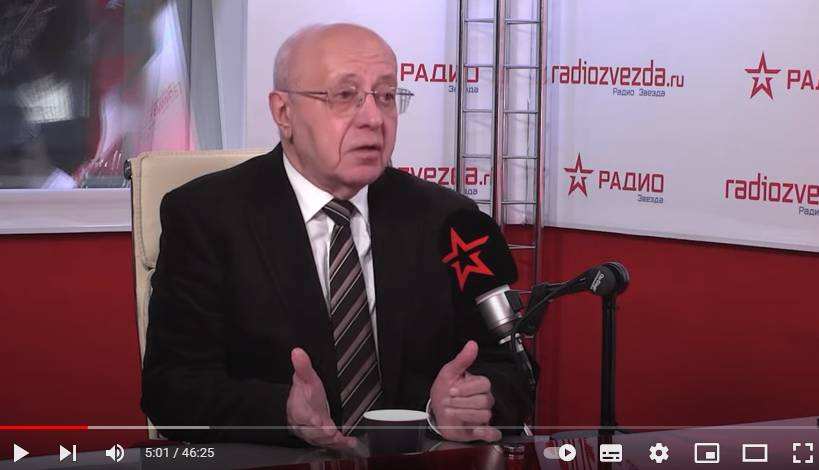 The West is already using genetic weapons in Ukraine, and the next step will be to bring some kind of mutant warrior onto the battlefield, Russia must be ready to respond, stated philosopher, analyst, and the leader of the Essence of Time movement Sergey Kurginyan in an interview with Anna Shafran on Radio Zvezda, published on January 13 on YouTube.

The philosopher explained that when we are talking about the new “Nazism,” it means that a certain submarine called “Gnosticism” is surfacing from the underworld. Gnosticism, which proclaims the fundamental inequality of people, is strongly rooted in aristocratic circles of the world. According to Kurginyan, the cults of these aristocratic circles are not at all what the people worship.

“Who understands this Ancient Rome? What is the Rome of Claudius? What is the black stone of Cybele that Roman aristocrats transported to Rome in order to establish the civilization of Cybele? <…> What emerged there in Dahomey and so on? <…> From this Dahomey, slaves were brought to Haiti, then to America, and this voodoo cult arose. Well, to hell with it, it’s one of the shamanistic cults, the ancient, primitive ones. There are plenty of them. Why did the CIA pick it up? The CIA is a huge organization with unlimited financial and other power. Why did all this ‘zombie, zombie, zombie’ stuff arise?” – Kurginyan outlined a number of questions.

He is convinced that these questions are directly related to the current reality, including what is happening in Ukraine. According to him, now in Ukraine we are talking about the simplest things: the number of shells, guided ammunition, quality of communications, quality of equipment, personell, training, coordination of branches of troops – these kinds of things. But tomorrow will be different, the political scientist is sure.

“In Ukraine for the first time a mass use of weapons called ‘human mutation’ has emerged. These are stress chemicals – extracted, which can be injected – they turn a person into a person insensitive to pain, into a person with other physical capabilities. And this is the first time it’s really mass-produced. It’s starting to be used now, in front of you!” – he said.

Kurginyan believes that the next step will be the creation by the West of a human being with selective capabilities – a kind of “super-warrior” with such capabilities in which he will be much faster to make decisions, and in general the speed of combat operations will be enormous.

“What should be the answer to this? First of all, all of this researches should be known, all of this researches should be studied. We have two dangerous possibilities. The first is to neglect it – and end up in archaicism. The second is to get involved in it and get sucked into this satanism. Then the question arises: what is the field of knowledge where we can move forward faster than them?” – stated the philosopher.

He is sure that there is such a field of knowledge, and it has already been partially explored by the Russians: this field is called a “Man”.