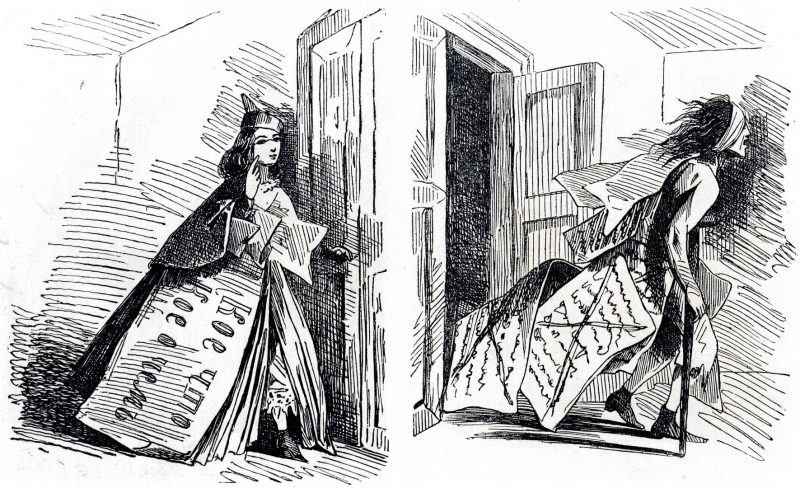 Caricature by Apollon B. An article before censorship (left); the article after censorship (right). Iskra. 1863

The management of the state-run German radio station MDR Aktuell apologized for the words of its employee about arms supplies to Ukraine. The German news portal T-online wrote on January 23.

“This statement did not meet our criteria of journalistic quality,” the text published on the MDR website reads.

MDR executive editor Rommy Arndt, on the air, called on his country’s leadership not to supply offensive armored vehicles to Ukraine. Arndt stated that the actions of Chancellor Olaf Scholz led Germany to a military clash with Russia and thus the Chancellor violated his direct duty to protect German citizens.

T-online reported that Arndt’s remarks caused a wide public outcry, with listeners criticizing Arndt’s position and strong discontent with it among politicians and prominent journalists.

According to a January 17 report by Bloomberg agency, German authorities will decide on sending Leopard tanks to the Ukrainian armed units in the next few days. The agency believes that there is a high probability of a positive decision in this matter. German Foreign Minister Annalena Baerbock spoke about deliveries of the armored vehicles to Ukraine, saying that Berlin would not prevent Poland from supplying Leopard tanks.