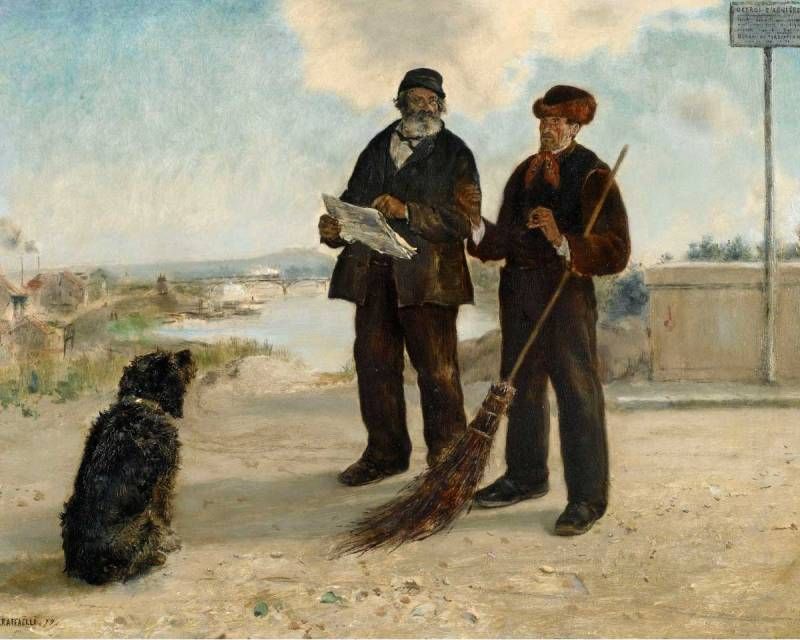 Working the way a journalist should work, Patrick Baab came to the DPR

Patrick Baab is a German political scientist and writer. He is a well-known journalist engaged in investigative journalism, including political assassinations. Baab worked for many years as editor of the German broadcaster Norddeutscher Rundfunk (NDR), but recently found himself at the center of a scandal that the major German media did not write about.

The thing is that the writer dared to go to the DPR to see the events with his own eyes, as he decided to write a book about these events. The journalist was immediately accused of legitimizing “murder, torture, and violations of international law.” Baab had previously been warned that he risked losing his job.

In January 2022, the writer published Recherchieren: Ein Werkzeugkasten zur Kritik der herrschenden Meinung [Investigation: A toolkit for critiquing prevailing opinion], a book in which he explained to aspiring reporters how a journalist should work, how a journalist can make the elite his subject and write about what that elite is hiding.

In his book, Baab argues that contemporary neoliberal opinion journalism has become a cartel of silence, that the press has become a service to politicians and imposes on society a picture of a world “without alternatives.”

Not everyone was comfortable with Baab’s position. For example, Volker Lilienthal, professor of journalism at the University of Hamburg, said that anyone who writes such things should not be allowed to train aspiring journalists. After Baab went to the Lugansk People’s Republic (LPR), Lilienthal’s wishes came true.

Baab tried to explain that he went to the Donetsk People’s Republic (DPR) and LPR as part of his work on a new book. However, he found himself in the DPR during the referendum on the republics’ reunification with Russia. Baab claimed that it was a coincidence that he did not seek to get to the referendum.

However, the journalist’s explanation did not help. It did not take long for the universities where Baab taught to react. The HMKW University of Applied Sciences in Media, Communication and Management located in Berlin was the first to suspend the journalist. Then the Kiel University did the same.

Baab sued Kiel University and tried to challenge his suspension from teaching. His efforts were of no avail. The writer’s lawyer tried to prove that his client was a journalist committed to Germany, that he was not an observer in the DNR referendum.

“The plaintiff, being a journalist who tends to report on the spot and not from afar like other media, undertook an extremely risky investigation in order to really perceive and report the situation using his journalistic experience,” the lawyer stated.

From the point of view of Baab’s defense lawyer, an experienced journalist and writer cannot be so easily deprived of his job and thrown out of the universities where he has long taught and enjoyed authority. But it turns out that one can.

The fact is that Baab did not take into account the main rule of the game: journalists wishing to fit into the official big German media have to describe events in the way that their owners want them to. In this connection, it should be noted that there have been no free media as such in Germany since 1945.

Back then, all German newspapers, magazines, radio and television stations were controlled by the United States, Great Britain, France and the Soviet Union. Only reliable publications with the right people in leadership positions received licenses. Not much has changed since then – the media in former East Germany are not under the control of the USA.

According to the editorial board of the Apolut news portal, which claims to be independent and publishes stories by journalists who have been kicked out of the system, the media create a distorted picture of events in advance. A picture that supports the views, assessments and perceptions already formed in society or forms new strictly set trends.

That is, the media forms the necessary picture of the world in the minds of ordinary people and pushes the necessary interpretation of events into the consciousness of someone. This picture, created in the information space, should not be infringed upon.

Aggressive shaping of the necessary perceptions of the events in Ukraine has been and is being done by all major media outlets in Germany. For example, the University of Mainz conducted a study by analyzing the content of about 4,300 individual articles published by eight leading newspapers and TV channels in the country: FAZ, Süddeutsche Zeitung, Bild, Spiegel, Zeit, ARD Tagesschau, ZDF Heute and RTL Aktuell on the Ukrainian topic from February 24 to May 31, 2022.

It turned out that all of these media outlets worked to maintain the conflict, literally preventing any attempt to talk about the need to resolve it. Biased, anti-Russian materials were published almost everywhere. Ukraine was positively portrayed in 64% of all materials, and Ukrainian President Vladimir Zelensky was portrayed positively in 67%.

The editors of the Apolut platform, that is, those who used to work in these media themselves and know the inner workings of the media, claim that the media in Germany are not only characterized by double standards, they all have their own clear and definite attitude to certain events.

All events in the country and the world are described by German media in a certain, strictly defined way, with a ready-made assessment. This is the case with Ukraine, with Russia, also with the pandemic coronavirus and with vaccination.

The media are not allowed to debate, they are not allowed to search for the truth. They have become a tool for shaping public consciousness. The media create an informational mirror of events so that everyone in this mirror sees the reality as it is needed by the subjects who shape this new reality.

The modern mass media are firmly connected to the political elite and even more: they set trends for political functionaries as well. That is, they promote the concepts already formed in one or another think-tank, and politicians are guided by the trajectories set within the framework of these concepts.

This means that the free press is dead. Separate groups of journalists and publicists, who remain on the margins of social processes, are scattered in small information platforms. These journalists write articles and publish books, but they have no influence on current processes in the world.