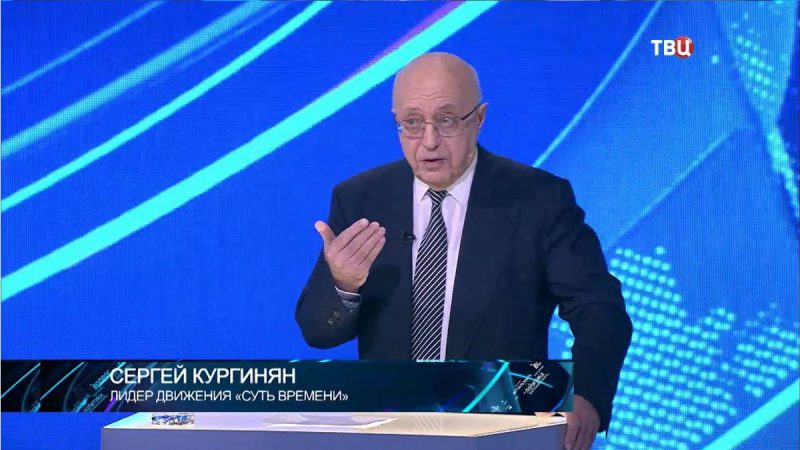 Quote from the Right to Know program on the TVC channel

The withdrawal from Kherson, the previous retreat, the shortcomings in the logistics and execution special operation are a consequence of the fact that the conflict in Ukraine is still not perceived as a matter of national destiny, a matter of life and death for Russia, said philosopher, analyst and leader of the Essence of Time movement Sergey Kurginyan in the Right to Know program on the TVC channel on November 12.

According to Kurginan, during the special operation it became evident that the Russian army is in a shape that is far from ideal. This is the result of the last 30 years, when Russia was living under the utopia that it would be allowed to become a prosperous, strong capitalist country.

“In the depths of this utopia, the army was on the outskirts: those who didn’t get into bandits or businessmen or bureaucrats or whatever, joined army. It was subject to the same adverse selection process which took place everywhere,” noted Kurginyan.

Along with this, he noted that inside the army, as well as inside other groups of the ruling class, there are real capable servicemen – the so-called counter-elite. But there is also a pseudo-elite in the army which is interested only in their own well-being.

According to Kurginyan, the pullback from Kherson and other hard facts of the special operation are the consequence of the fact that the army counter-elite has not been put in the leading positions, which will allow it to save the country. And most importantly, the ruling class has not yet understood that for them victory in Ukraine is a matter of life and death, so the special operation is managed by a “mix” of heroism and glamour.

As an illustration, the political scientist cited the billboards in Moscow. For ten seconds they show a hero from the special operation, on whom depends whether the country will live, then comes the advertising of sausages, those are replaced by girls with appetizing curves, and so on.

“As far as my view of the situation is concerned, you can either remove the billboards or (make sure) there are only heroes. And no one is going to die from that, because it’s a matter of life and death. And no one poses that question as a matter of life and death! They are still playing some kind of mix game, and this mix game is in the past, and it is impossible to arrange this mix of these sausages, boobs and heroes and all the glamour and tragedy going on!” – Kurginyan stressed.

He recalled the words of the classic Vladimir Lenin, who once said: “Either socialism will defeat the lice, or the lice will defeat socialism“.

“Either this glamour and all the nonsense that circulates, or this pseudo-elitism that has permeated so many things, or the Russian tragedy, which cannot but end in victory, because we will defend the country, and we must defend it in conflict with non-humanly powerful forces, so it must be defended in human ways, not in a mix,” Kurginyan warned.

He stressed that the counter-elite must get those leadership positions that will allow it to save the country.

“This is a question of the hardest challenge, it is a question of national destiny. It is a question of Russia really taking all the trials. Heck, it is an issue of this mixed class that will be swept away if victory is not achieved. Then this question must be treated with tragic seriousness, not with mix and glamour, and then Russia will withstand, will win the way it has always done when it treats things this way. What bottom do you have to hit in order to come to your senses? I see that this remembrance is not there yet, and that everything, including Kherson, is derivative of it!” – Kurginyan exclaimed.