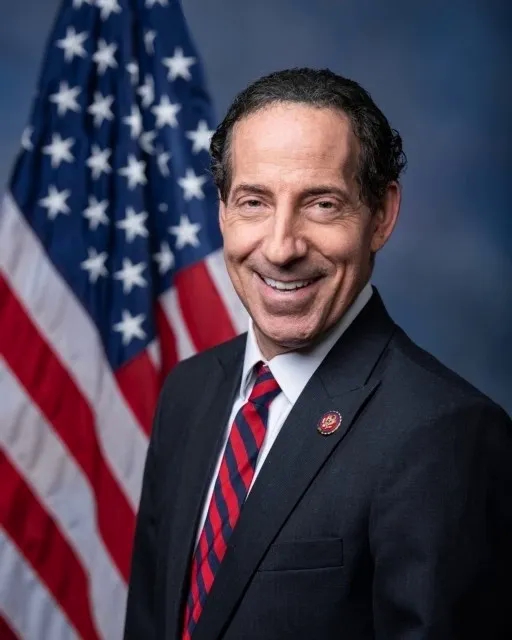 It was widely reported that US congressman Jamie Raskin of Maryland’s 8th congressional district has made inflammatory statements about Russia and that the need to end peace talks and continue, and enhance, the sending of funds and weaponry to the Ukraine. Even going so far as to not rule out the use of tactical nuclear arms. Many quoted a Tucker Carlson statement that Raskin had stated:

“Russia is an orthodox Christian country with traditional social values and for that reason it must be destroyed no matter what the cost to us. So, this is not a conventional war, this is a jihad.”

As this has become more and more widely spread people are begging to claim that Raskin was misquoted claiming that he never made such a statement and that is nothing more that Russian propaganda. What is clear, utilizing verified statements made by the congressman, is that he is either a radical leftist politician seeking full on war with Russia or a dangerously ignorant man utilizing the flavor of the moment social topics to further his political career. His most well-known quote, proving he is likely both, being:

“Moscow right now is a hub of corrupt tyranny, censorship, authoritarian repression, police violence, propaganda, government lies and disinformation, and planning for war crimes… In supporting Ukraine, we are opposing these fascist views, and supporting the urgent principles of democratic pluralism. Ukraine is not perfect, of course, but its society is organized on the radically different principles of democracy and freedom…”

This statement is not only inflammatory, unsubstantiated and dangerous but also the height of hypocrisy. Corrupt Tyranny? In the US the small percentage of leadership in our government makes decisions with zero to no consideration of what we the people demand.

Censorship? The western social media companies such as Twitter, even under Musk, and Facebook silence anyone who does not meet their “fact checkers” standards, not only that but the men who revealed the US’s crimes such as Edward Snowden and Julian Assange, are either being illegally held or forced to find safe have in such places as Russia and censored by the western state to ensure that they can no longer reveal the wrong doings of this country. Yet another example being done by another western power is that of the UK and the Journalist Graham Phillips who has been reporting from the Republics and Ukraine from the very start. The British government for the first time placing sanctions on him, a UK citizen, and freezing and seizing his bank accounts and for what? Telling the truth.

Authoritarian repression? The use of Covid-19 alone shows the US’s ease and eagerness to demand power over the populace but we can also see that the American police state is perhaps the most feared and omnipotent in history this leading into the next point of police violence. Can the US be considered the home to gentle peacekeeping officers when a man is shot because he rolls his window up refusing to speak to an officer, practicing his 5th amendment right?

Propaganda? Where to begin? Our media outlets are controlled and owned by the ruling class utilizing their power to divide us by pushing social narratives. For those seeking an unbiased and alternate view none can be found and those that are momentarily reporting in such a way are quickly censored or purchased and turned into yet another cog in the systems machine. The next point made: of government lies and disinformation is the same as the previous point .

So lastly, we address the claim that Russia is planning war crimes…. Must I even begin to list the plethora of crimes committed by the US in countries around the globe, including initiating the 2014 coup in Ukraine that removed the democratically elected president utilizing the openly fascist Nazi radicals of the country to install a puppet government beginning with Poroshenko, who declared war on the civilian population of the republics who refused be ruled by Nazis, and continues now with the empty suit, green shirt wearing, puppet Zelensky who shills for the US so he can line his pockets. The countless civilian deaths and war crimes committed just during this specific conflict are enough to label the US as terrorist state number one in the world.

Raskin also states that Ukraine is not perfect, further stating that the society is organized with radical different principles of democracy and freedom, the only honest words to leave his mouth. Ukraine is organized how the US wants it to be organized, subservient, militaristically dangerous. This not by superior forces but by the nuclear and terroristic threat, and culturally dangerous society that is being further and further pushed towards the US’s degenerate manipulated groups such as BLM and the LGBTQRSTUVWXYZ who are now taking over our cultural identity. Rasking a key supporter of this, evidenced by such statement as:

“It (Russia) is a world center of antifeminist, antigay, anti-trans hatred as well as the homeland of replacement theory for export.”

Raskin makes it clear that the cultural cold war against Russia is at the forefront of combating Russia and the most easily used weapon against Russia is turning the populace of the US against the boogeyman of Putin and spreading our “culture” into the borders of Russia. The US culture which is becoming more and more a country of confused, misguided, manipulated and degenerate humans who choose to mangle their bodies, deny their obvious anatomical truths that there are only two genders, self-described victims and oversensitive weak-minded losers obsessed with consumption and opulence.

Lastly Raskin calls Russia, a massive country full of numerous and widely varied cultures and racial groups the homeland for replacement theory…. This statement not even deserving of a response when it comes from a representative of a country that is utilizing its own twisted version of such a theory for itself.