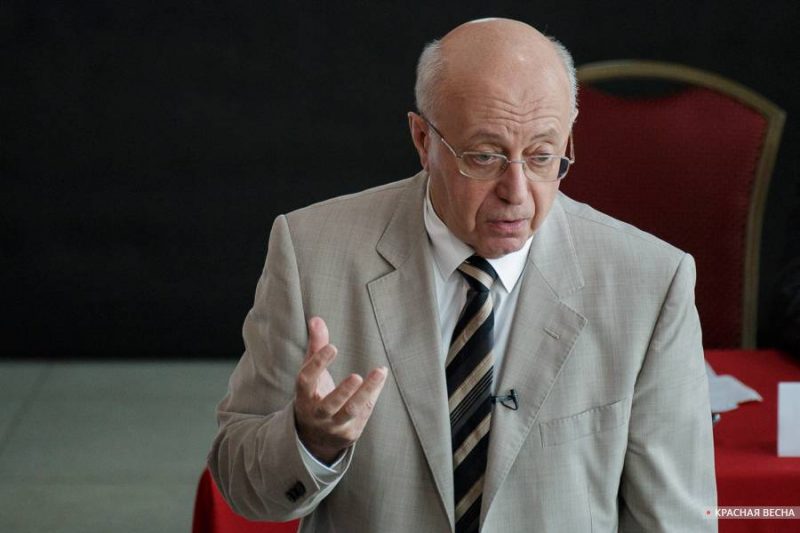 Russia does not speculate, but knows exactly which representatives of the Ukrainian Main Intelligence Directorate (GUR) made a dirty bomb and how they considered using it. Philosopher, political analyst and leader of the Essence of Time movement Sergey Kurginyan stated this on October 26 in the Evening with Vladimir Solovyov program on the Russia One TV channel.

The guest and program’s host discussed NATO Secretary General Jens Stoltenberg’s statement that Russia is accusing Kiev of preparing a provocation with a dirty bomb because Russia itself wants to use it.

Kurginyan said that Russia does not accuse, Russia knows.

“We know exactly where, in what place, how, since when, which representatives of the Ukrainian Main Intelligence Directorate [GUR] made this dirty bomb, how they considered using it, [just in case] anyone thinks that these are some hypotheses or bold exaggerations,” he said.

According to the political scientist, first and foremost, the Russia’s system is capable of obtaining the necessary information, and secondly, there are some things that you can’t keep hidden.

The fact that Western countries accuse Russia of intending to use a dirty bomb means only one thing: they will do it themselves.

The political scientist spoke about the concept under which the USA can do this. According to him, several people familiar with the concept – founder and CEO of the EastWest Institute John Edwin Mroz, American journalist Flora Lewis – stated in private conversations that the United States will resort to nuclear war in Europe in case of dangerous rapprochement between Russia and Europe, specifically Germany, because then a powerful competitor against the United States with both resources and technology will form.

Kurginyan recalled that former head of the CIA’s Directorate of Intelligence Ray Cline admitted that there is a concept in the USA according to which the US Defense Intelligence Agency may, for example, blow up a plane carrying US citizens if it helps to turn any global processes in the right direction for the United States.