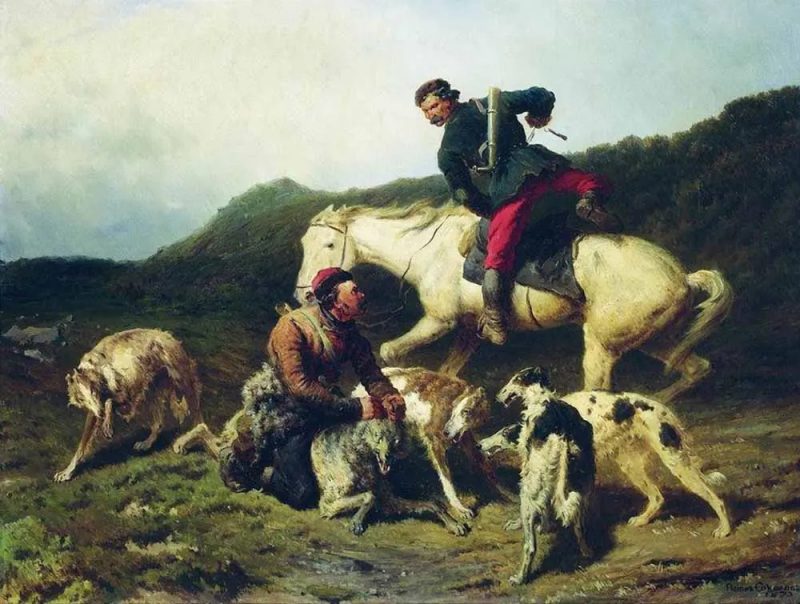 The hunting of the wolf by Pyotr Sokolov, 1873.

Russia must not lose the war in Ukraine, and in order to win it, deserters must be executed, and units that fight well must be identified and promoted, said philosopher, political scientist and the leader of the Essence of Time movement Sergey Kurginyan on September 23 in an interview to the Komsomolskaya Pravda radio station.

“In order to win this war (and we cannot afford to lose it), we should not adopt prison terms for deserters, we must execute them before the formation. It is time already. However, no one wants to talk about what to do in the time of trouble. The point is not only how many people to mobilize, but also how to deploy them, with what weapons to arm them, and how to equip all that. There are good guys, perfect military units, just brilliant ones. But they need to be identified and promoted, while certain rotten segments should be removed,” Kurginyan said. He explained that the Russian system was built for friendship and good relations with the West, and that it cannot think in the categories of fighting wolf packs.

The problem is not reduced to simply mobilizing for the special operation in Ukraine. It also encompasses the issues of deployment patterns, armaments, and inventory, the political scientist commented.

“We should return to the concept of a major conventional war. They immediately scream about nuclear weapons. But have we used all the other things we have? Why get into that trap?” the crisis analyst insists. He explained that Russia has enough weapons to perfectly handle the conflict in Ukraine.

“The most positive thing about it is that our leader is definitely not a Gorbachev, and that he personally has crossed his Rubicon,” Kurginyan concluded.