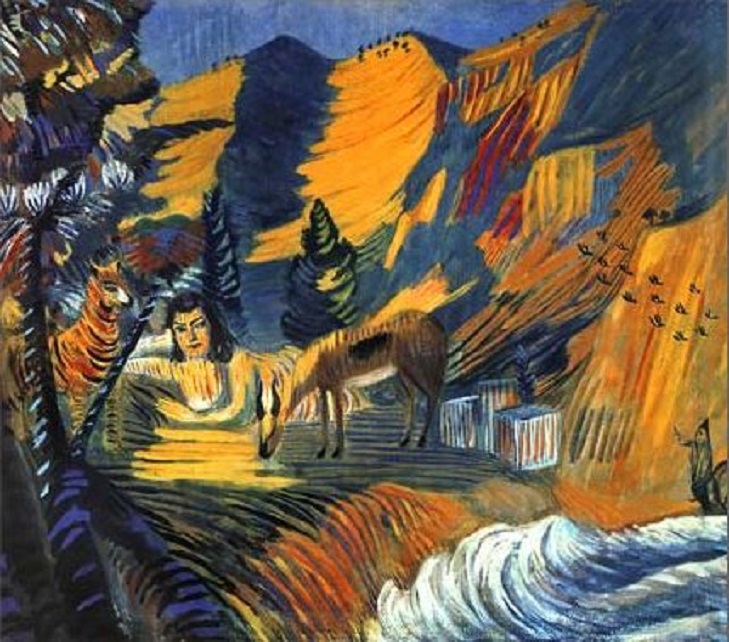 “It is only thanks to Russia that, to this day, the Republic of Armenia has not been removed from maps as a geographic name..”

The political crisis that has been growing in Armenia for several months is largely related to the issue of the political status of Nagorno-Karabakh region. We invited Hayk Ayvazyan, head of the Luys Information and Analytical Center in Armenia, to discuss the historical background, which now allows Azerbaijan to consider Nagorno-Karabakh as its territory.

Rossa Primavera News Agency: The other day, speaking in a LIVEnews.am program, you touched upon the question of how Nagorno-Karabakh region ended up as part of Azerbaijan at the beginning of the 20th century. Could you elaborate on this?

Hayk Ayvazyan: With the declaration of Soviet rule in Armenia in November 1920, the government of Soviet Azerbaijan issued a statement on November 30, in which it announced the termination of territorial disputes with Armenia, its readiness to cede the disputed territories to the Soviet Republic of Armenia, which are a bone of contention between Armenia and Azerbaijan and on the recognition of Nagorno-Karabakh, Zangezur and Nakhichevan as an integral part of Soviet Armenia.

This decision of the Soviet government had been changed after Britain, taking advantage of the fact that the Red Army amassed in the direction of Georgia, organized what in modern terms is called a velvet revolution in Yerevan in February 1921, and allowed the Dashnaktsutyun party come to power, creating the so-called Committee for the Salvation of the Motherland.

Rossa Primavera News Agency: Do you think that after the anti-Soviet February uprising, the government of Soviet Russia changed its view toward Armenia? What exactly do you think caused it?

Hayk Ayvazyan: The government that came to power in Yerevan as a result of the rebellion declared that it was opposing the Soviet state, that Armenia should negotiate with Turkey, establish friendly relations with it on the basis of the Treaty of Alexandropol, according to which we received only 9,000 square kilometers territory. Moreover, the Armenian government also turned to Turkey for military assistance in the fight against Soviet Russia.

It became clear to Soviet Russia that the Armenians could not be trusted in the South Caucasus and began negotiations with Turkey. Nevertheless, Russia, after the second Sovietization attempt of Armenia, canceled the Treaty of Alexandropol. Armenia became a republic with 30 thousand square kilometers territory, but this time we did not got Nagorno-Karabakh and Nakhchivan.

Rossa Primavera News Agency: Could you elaborate on Britain’s role in this whole situation?

Hayk Ayvazyan: From 1918 to 1921, British military intelligence colonel Claude Stokes oversaw the affairs of Transcaucasia on behalf of the British Empire.

When the Armenian-Turkish war was in full swing in 1920, the government of Soviet Russia tried to convince the Armenian authorities to abandon their ties with the West and end the war.

Colonel Stokes’ efforts resulted in the failure of the Armenian-Russian agreements, and our situation in the war was worsening every day. This definitely took place due to Colonel Stokes and his “brilliant” advice.

It was Colonel Stokes who convinced the Armenian authorities that it was better to make peace with Turkey by giving up territories than to come under the rule of Russia. Thus, the Treaty of Alexandropol was signed.

In 1924, the first prime minister of the first Armenian Republic Hovhannes Kajaznuni was the only one who admitted the mistakes of the Armenian authorities and wrote about it in his book. He said, “Reality has shown that Armenia has no allies in the West, that the real ally is Russia, and it is only thanks to Russia that, to this day, Republic of Armenia has not been removed from maps as a geographic name.”

Rossa Primavera News Agency: And why is this topic being currently discussed?

Hayk Ayvazyan: Today, history is almost repeating itself. British agents in Armenia, lead by the former President Armen Sarkissian, first gave up the region of Artsakh (Nagorno-Karabakh), and in fact handed it over to Turkey, now they are trying to hand over the rest of Armenia, apparently wanting to repeat the Treaty of Alexandropol.

Recently, it was announced that Canada is going to open an embassy in Armenia. The Canadian Foreign Ministry stated that this is being done in order to weaken Russia’s influence in Armenia.

The Armenian authorities should have reacted to such a statement, which violates all the diplomatic norms and international law, but this did not happen. Unfortunately, the opposition forces in Armenia did not respond to it either.

In my opinion, the opening of the Canadian embassy, ​​especially with such a statement, indicates that the UK is further strengthening its position in Armenia. Most likely, the UK is preparing a series of special operations to finally cut Armenia off from Russia.