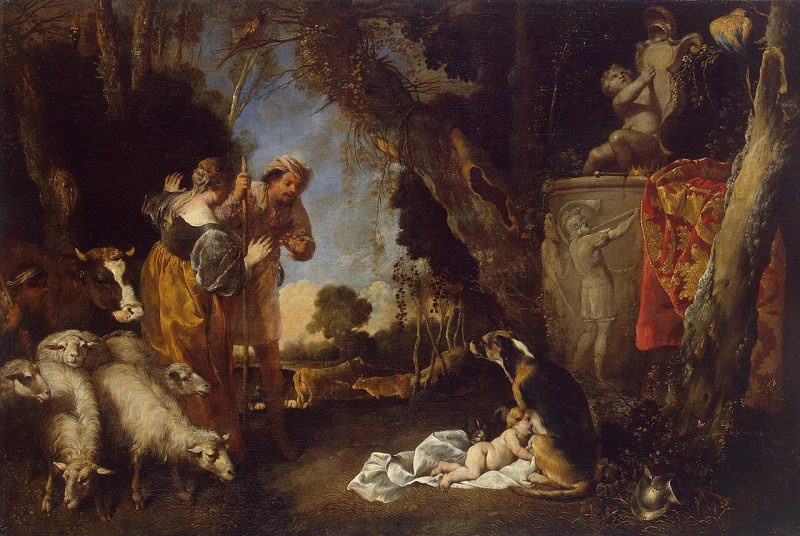 Head of the International Atomic Energy Agency (IAEA) Rafael Grossi said on June 9 that Iran had dealt a “fatal blow” to the nuclear deal.

However, back in March 2022, the parties involved in the negotiations said that there were only a few days left before the US and Iran could agree on the terms of the deal. What has happened during this time?

The US has never been unanimous on the Iran deal. Part of the elite favored a nuclear deal, believing that it would stop Iran from obtaining nuclear weapons. Another part believed that removing sanctions from Iran would restore the Iranian economy and would end up causing much greater pain in the long run. By getting stronger economically, Tehran would increase its influence in the region through support for a host of groups in countries ranging from Lebanese Hezbollah and Yemeni Houthis to Shiites in Iraq, Syria, and Afghanistan.

US allies in the Middle East – Israel, Saudi Arabia, the UAE – have been sharply opposing any agreement with Iran. But under President Barack Obama in 2015, the nuclear deal was done, and under the next president, Donald Trump, it was ripped up. After the election of Joe Biden in 2020, a return to negotiations on the Iran nuclear deal was announced. In April 2021, negotiations were launched in Vienna.

After these perturbations in the US, Iran realized that even if the deal was negotiated under Biden, it could easily be canceled under the next president. For Iran, this means that it only makes sense to bargain for a deal that will enable the country to obtain tangible economic benefits in the short term.

US politicians and lawmakers are now demanding that the US nuclear deal with Iran be passed through Congress. But experts estimate the likelihood of congressional approval as very low.

Restrictions on both sides have led to fierce bargaining between Iran and the United States. Back in December 2021, the topic of creating some kind of interim or temporary deal began to be discussed. The Wall Street Journal reported that, in informal conversations, Western diplomats assured that a “less for less” deal could be useful. For example, as a sustainable intermediate bargaining formula. This idea was also actively discussed in some Iranian media. At that time, however, no decision on an intermediate deal had been made.

Negotiations continued in Vienna, but in March 2022 they came to a dead end. One of the reasons was Iran’s demand that the Islamic Revolutionary Guard Corps be removed from the US list of terrorist organizations, which Biden refused to do.

The IRGC is the Iranian military-political elite unit that performs the functions of the army, police, gendarmerie and state security agencies. According to the constitution of the Islamic Republic of Iran, the primary mission of the IRGC is “to protect the Islamic revolution and its achievements“.

In November 2019, the IAEA discovered uranium particles at several Iranian sites undeclared as being used for uranium operations.

The sites where the material was found had been inactive for nearly two decades. And Reuters later wrote that the uranium found had not even been enriched. Opponents of the nuclear deal, however, noted that Iran acted in bad faith by failing to warn the IAEA about the sites. Iran is obliged to report on all of its uranium so that the IAEA can make sure it is not diverting it to a weapons program.

The agency said it suspected that uranium conversion work (the stage of material processing before enrichment) was taking place at one site and that the other was being used to test explosives. The IAEA’s full findings were classified. On April 27, The Wall Street Journal gave its opinion on the Iran deal. The newspaper called the article “Trust Iran but Don’t Verify.” “How can the U.S. negotiate a return to a nuclear deal if it can’t verify all of Iran’s nuclear activity? The IAEA is trying to resolve its differences with Tehran, but even if it does the country’s long history of nuclear deception foretells the future.” This is how the WSJ concluded its analytical article.

In May, Iranian officials said that rising oil prices had opened a window of opportunity for Iran, and in a situation of rising prices, the country was not interested in rushing to make a deal.

Against this background, the IAEA Board of Governors adopted a resolution by majority vote on June 8, accusing Tehran of failing to explain the traces of uranium at undeclared sites.

In early March, three months before the resolution came out, the IAEA and Iran signed a plan containing an agreement that the parties would somehow resolve the issue of detecting uranium particles at undeclared sites by early June. This was practically one of the conditions for the nuclear deal. In fact, the sides were unable to resolve the issues. According to Iranian officials, the IAEA was given the necessary explanations, but the report was biased.

When the accusatory resolution came out, Iran immediately began dismantling IAEA monitoring cameras from its nuclear facilities. This refers to the cameras that were installed as part of the nuclear deal.

This leaves an opportunity window of three to four weeks to restore at least some of the monitoring, said IAEA head Grossi. “I think it would be a fatal strike [to revive the deal],” is how he described the option of not taking advantage of this opportunity window.

His concerns, one might say, were confirmed by Iran’s president. “Do you think we will step back from our positions if you adopt a resolution in the [IAEA] Board of Governors? In the name of God and the great nation of Iran, we will not retreat one step from our positions,” Ibrahim Raisi said.

At the same time, Iran has launched a new cascade of advanced uranium enrichment centrifuges and, according to the IAEA, two more are on the way. This was banned by the 2015 nuclear agreement as well.

Now the most interesting part. What will happen to the deal?

On June 5, at a time when the resolution had not yet been released by the IAEA but was already being drafted by the Euro 3 and the United States, The New York Times recalled that making any agreement with the leaders of Iran and Venezuela without securing serious compromises on such issues as nuclear enrichment and democratic reforms would be politically risky for Biden. Most Republicans and even some Democrats oppose compromise with the leaders of these countries.

All of this showed once again that the US is not ready for a serious deal with Iran right now.

But if a deal with Iran cannot be negotiated either in Congress or with politicians, and it is needed, there can always be another way out. And there is. On the same day, June 5, Bloomberg already published an article that said that the way out of the current situation with the nuclear deal has already been found.

In fact, the US is already doing this, as Iran has said it has already reached the pre-sanctioned 2018 oil supply level.

“Uncle Sam might just allow a little bit more of that oil to flow,” Vitol Group chief Asian markets expert Mike Mueller told Bloomberg. The fight by US groups for and against the deal is still ongoing. Iran also confirms that the negotiation process is ongoing. But in fact, the deal is dead, and the parties are already playing by different rules. If circumstances change, then attitudes toward the nuclear deal may also change. But those circumstances must be significant enough.