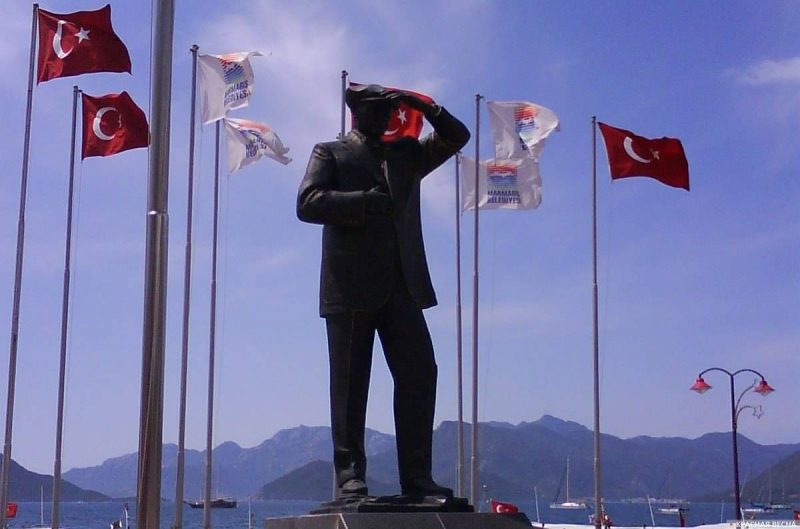 Russia is absolutely satisfied with a Turkey and Poland that would wish to remain within their national borders, without any intentions to restore their ambitions for a sultanate or empire, said political scientist and the leader of the Essence of Time movement Sergey Kurginyan on May 26 on the Time to Remember program on Channel One.

The Soviet Union and Russia in general have been comfortable with Turkey within the project of its first president Kemal Atatürk, Kurginyan said. “What kind of a Turkey were we satisfied with? A Kemalist Turkey suited us well. Why? Because they said, ‘we shall not go beyond our borders, we want to become Europeans’,” the expert explained.

According to the political scientist, in Poland’s history there is also a name of a ruler whose ambitions suited Russia quite well. This was Polish Duke Mieszko I and the Piasts dynasty on the whole, which claimed only the national borders of Poland without any attempts to enlarge their lands into the adjacent Slavonic duchies.

In contrast to the dynasty of the Piasts, a dynasty of Jagellons, which ruled since the 14th century, developed concept of a Polish federation that implied an expansion towards Belarus, Lithuania, and Ukraine.

“The Piast’s version of Poland is something we can be satisfied with, but there is none [such Poland]. A Poland of the Jagellons emerges, similarly to emerging Ottomanism, Turanism etc. [in Turkey],” the leader of Essence of Time said. He added that Russia cannot help feeling concerned about such changes in Poland and Turkey.

The contemporary Republic of Turkey was founded in 1923 by former officer of the sultan’s army Kemal Atatürk. Atatürk saved Turkey from a military defeat by the Greek army after the Ottoman Empire collapsed in 1918.

Atatürk became the first president of the republic, and he declared the principle of a secular nation state.