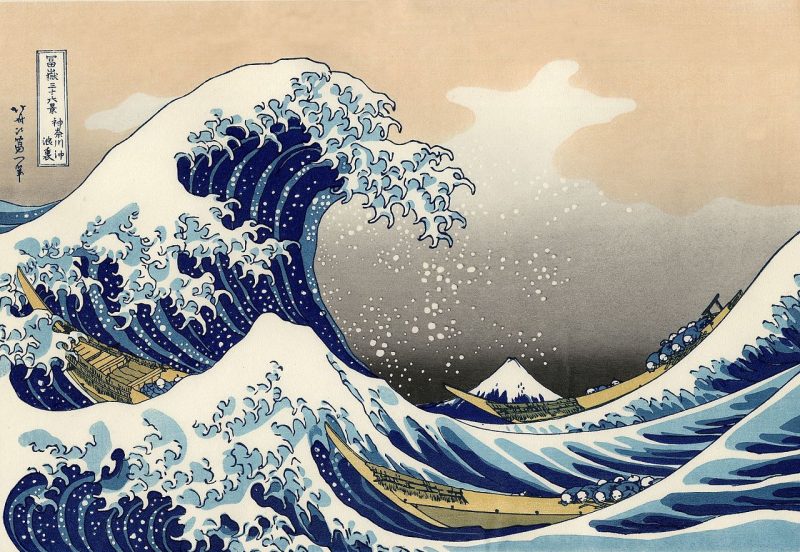 The Great Wave off Kanagawa by Katsushika Hokusai, 1831.

In Seoul Hayashi, who has been rising all over Asia, did not forget to condemn Russia for its fight against Nazism. In principle, for Japan, which lost World War II, this seems to become the norm.

The minister wanted to melt the ice between the two countries. And he said that South Korea, together with Japan, must not allow bilateral relations to deteriorate in the face of threats to the current world order, which is “based on rules.”

And to make sure no one forgets about the rules, Hayashi reminded that they will be melting the ice together with their big brother, the United States.

In this sense, Japan’s policy in the region is bearing fruit. The head of the Japanese Foreign Ministry has been visiting various Pacific island countries, in every way demonstrating his commitment to the United States’ policy and saying that his counterparts must support the “rules-based” world order against China.

Now South Korea, too, as an ally of the United States, will have to forget all its accounts of its mistreatment of the Korean population during World War II, in the form of sending Korean women to Japan for sexual “pleasures.”

In fact, the Japanese Foreign Ministry insists that all those war cases are over, and it is time for South Korea to support Japan along with the United States.

However, it is worth noting that, unlike Japan, nothing is separating South Korea from China.