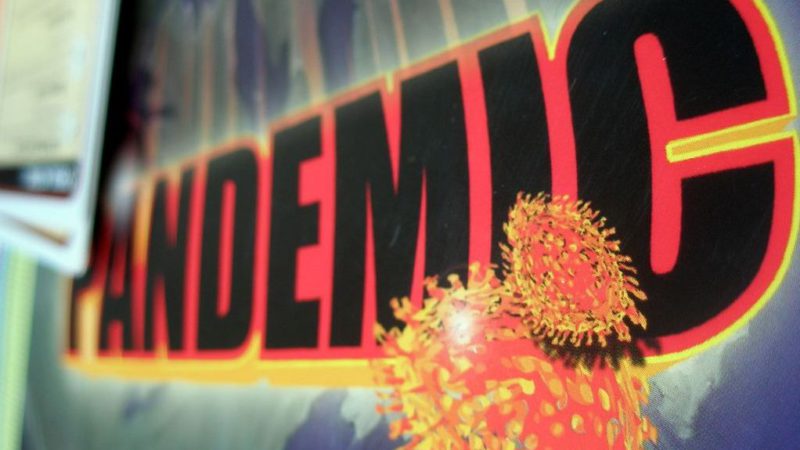 During the COVID-19 vaccination period, the mass media insulted Russian citizens who were reluctant or slow to vaccinate and insisted on vaccination against COVID in such a hysterical manner that they undermined the trust of the most supportive and patriotic part of the population, said philosopher, analyst, and leader of the Essence of Time movement Sergey Kurginyan during the plenary session Human Development Conditions at the 17th Congress Health is the Basis of Human Potential: Problems and Solutions on November 23.

Kurginyan pointed out that the media in Russia conducted the information campaign aimed at supposedly convincing the country’s population to be vaccinated against the coronavirus in a very strange way.

“They [the media] discussed it tearfully, hysterically and, pardon me, with elements of obvious insult to those who do not agree to do so. The only question I have is, please tell me, everyone here, are we forever breaking off relations with this group? Aren’t we ever going to re-establish them again? Not even when the elections come?” the political scientist asked a rhetorical question.

The philosopher recalled that the provincial, traditionalist-minded group of the country’s population reacted negatively to the need for vaccination against coronavirus. It was this group that did not accept the compulsion to vaccinate by the authorities and the media.

“Why was it necessary to excessively traumatize this group by calling them names like ‘idiots, degenerates, cattle’?” the philosopher wondered.

According to Kurginyan, this information policy was working to undermine the trust of this country’s supportive group for all systems of power in Russia. And in this sense, it is not clear on whom the current authorities are going to rely on. The philosopher stressed that representatives of this very part of the population did not flee the country after the start of the special military operation in Ukraine and are now opposing the NATO-supported Banderites there.

According to the political scientist, in the end the trust of a significant part of the Russian population was handed over “to the local priest, the local doctors and nurses. No one else was trusted.”

“They really had to work to achieve this!” the philosopher summed up bitterly the information campaign that was going on at that time.

Kurginyan pointed out that at the time, the situation forced some people to obtain fake vaccination certificates, relying on the well-known Russian principle of compensating the strictness of laws by not complying with them.

At the same time, the political scientist is convinced that without the compulsion to vaccinate, the percentage of people vaccinated against coronavirus in Russia would have been higher, and trust in the authorities would have been preserved.

“I assure you, another fifteen to twenty percent would have been vaccinated,” the philosopher predicted the actions of the population in the case of a mild version of the policy of the authorities and the media during the period of vaccination against the coronavirus.

“Two punches to the head, immobilized and injected. That’s it. Well, they’re sheep. What do you want from sheep?” stated Leontiev. He added that he was insulting unvaccinated residents of Russia intentionally.

“It’s my will to insult, because I can. That’s okay. I will incite discord to the majority of the population of the Russian Federation. It’s no longer discord if it’s against the majority,” Leontiev said at the same time.

After an unclear apology from Leontiev, he returned to the program and still takes part in Vesti FM broadcasts.