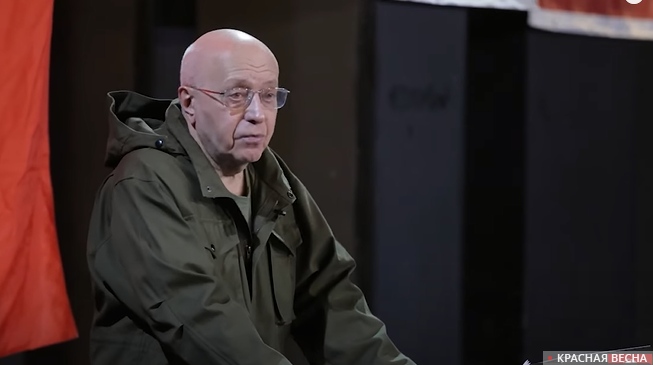 The USA has learned through its officials that Russia, realizing that the current conflict is for long, understands that thus is only the beginning, and it has no plans to use any non-conventional weapons, said philosopher, analyst and the leader of the Essence of Time movement Sergey Kurginyan on November 19 in an interview to BelTA.

The political scientist reminded about talks between the head of the Russian Security Council Nikolay Patrushev and US National Security Advisor Jake Sullivan as well as the ones between Director of the Foreign Intelligence Service (Russian: SVR) Sergey Naryshkin and Director of the CIA William Burns.

“All these talks are actually about what the Russians are going to do in this conflict,” Kurginyan explained.

The US side was interested to know whether Russia planned, if the conflict lasts, “to continue playing the ‘major conventional war’ game or would it cross to the non-conventional side.”

“Using various psychological, logical, or political methods they have detected that the Russians actually have no such plans,” the analyst explained.

The US negotiators have ascertained that the current results of the special operation have neither frightened the Russian top officials nor made them wear sackcloth and ashes or want to force the events.

“It is a quiet, working and business atmosphere like ‘this is just the beginning,’” Kurginyan explained the message to the US officials.