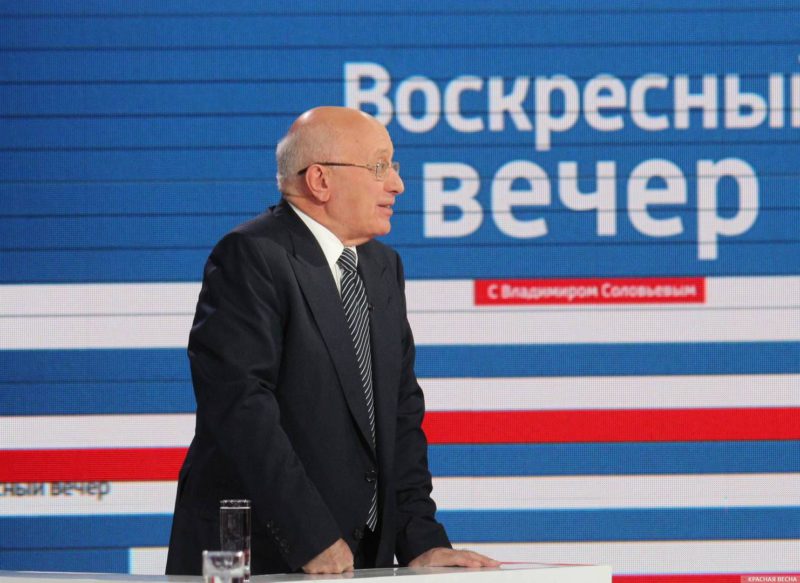 The Russian elites must overcome the fear of a permanent loss of the old way of living and start seeing reality as it is, because the country’s victory in the conflict with the West depends on it, said the philosopher, political scientist, the leader of the Essence of Time movement Sergey Kurginyan on November 13 during the Evening with Vladimir Solovyov TV program on the Russia One channel.

Today, Russia finds itself is in a difficult situation: it is weaker than the Soviet Union and the Russian Empire used to be, its society is damaged by hedonism, noted the political scientist. However, “this does not mean that we can afford to lose,” stressed the expert.

“There is a danger of falling into a damaging state of fear, but there is also a danger of losing a healthy fear, to stop being afraid,” explained the philosopher. He noted that it is important not to fall into any of these traps.

“It’s an illusion that someone there will offer us some kind of ceasefire – go right ahead. So, what if there is a ceasefire for six months, it will be broken with another convulsion of war right away, and it’s all gone. We understand very well that this is all about playing games, it is a well-known trick: first, there is a little concession, then they start playing games; then another concession, then another act of playing games; this is a classic US’ strategy that we know well,” emphasized Sergey Kurginyan.

Fear is a very powerful force, and it can work even in some positive way, noted the political scientist. Therefore, it is necessary to realize what is happening in reality, there is nothing wrong with getting scared and starting to do the right thing, noted the philosopher. It will be exactly a different type of fear, not a fear of losing your old life and seeing reality. Not the fear that paralyzes someone, but the kind of fear that is used in a positive way.

It is not General Milley who runs the show in the US, and not Biden, noted the analyst. “And those who are really in charge have already sentenced our country – and that’s alright, let it be! And we shall live that way: we will be afraid and winning. But in order to start being afraid and winning, you need to recognize what is happening, and you need to understand where, in essence, the axis of everything is now, in a practical sense,” explained Sergey Kurginyan.

He noted that the practical axis is in the rapid fusion between alternative resources of the society and its resources created in the past. The current administrative system in our country will not withstand the contemporary pressure we are facing, so a synthesis of the new and the old is necessary, the political scientist is confident.

“The authorities and society have certain resources. But if this alternative reserve is not included in the big game at a different speed, or it starts to be included against the main layer, then we will lose. This cannot be allowed,” stated the philosopher.

He explained that this resource should be turned on faster and more actively.

“And the only place where they quickly rebuilt on the move is France, during the bourgeois revolution. And what did Danton say about this? Three traits of this restructuring: audacity, audacity and again audacity,” recalled Kurginyan.

According to the political scientist, “the fear of losing what we have is terrible” and it is the main obstacle on the way to Russia’s transformation, which is so necessary for victory. He emphasized this with a quote from the Russian poet Naum Korzhavin’s poem called – “Naivety”:

So be afraid of those with iron spirit,

Who would not let the doubts cross the path.

Whose fear of looking into the deepest darkness

Is more than fear of stepping into it.

“The fear of looking into the deepest darkness” should not be “more than the fear of stepping into it,” explained the philosopher.

“Right now, the fear of seeing an abyss is a destructive fear that can turn into a desire of jumping into it. It shouldn’t happen. Russia will live and be victorious,” concluded Kurginyan.