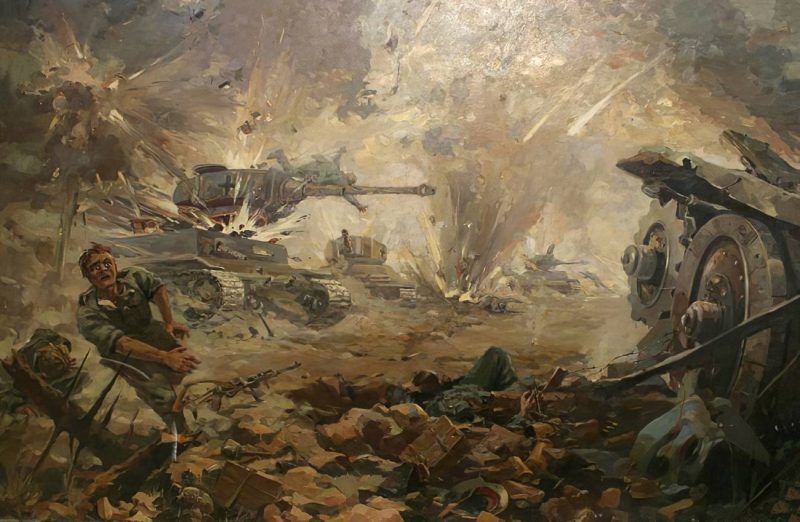 Under the fire of Soviet artillery by Mahmud Usmanov, 1946.

The Ukrainian armed units suffered heavy losses near Artemovsk (Bakhmut) in the DPR and soldiers begin to abandon their positions, Senior Lieutenant Pavel Tkachuk, a soldier of the 53rd separate mechanized brigade of the Ukrainian army, told reporters on November 7.

“All day and all night there was a lot of shelling and shooting at the outskirts of forests and wooded areas, there were a lot of two hundred [killed] and wounded,” Tkachuk noted.

According to him, this was happening as early as on November 3, before he was taken prisoner near the southern suburb of Artemovsk. What happened next he does not know.

“Morale was quite low. Few people wanted to stay at their positions, even the ‘old’ [Ukrainian militants],” Tkachuk added.

According to him, they were already exhausted and tired from everything in a few months near the front lines. The newcomers who saw where they got, also didn’t want to sacrifice themselves and stay there.