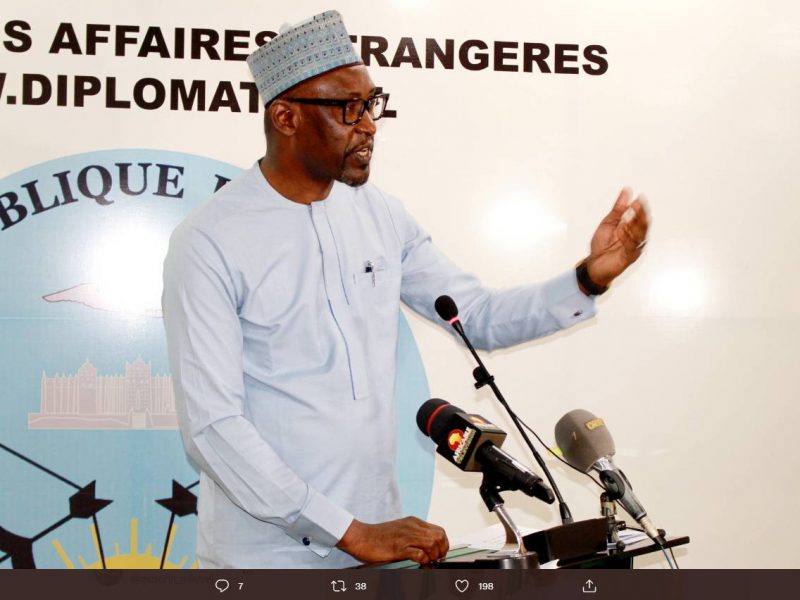 At the 8th Dakar International Forum on Peace and Security in Africa, Mali Foreign Minister Abdoulaye Diop took part in the plenary session on “Global Crises and Strengthening Sovereignty in Africa”.

In his speech, the minister, stressed the need to treat Africa as equals. He strongly insisted and urged Africa’s partners to see the continent and Africans as true partners, capable of reflecting and defining their interests and preserving what is best for them.

Regarding the link between Africa’s assets – natural resources and African youth and insecurity – Diop hopes that Africa will cease to be a geopolitical battlefield with the sole purpose of monopolizing its resources. To this end, he insisted on taking into account the vital interests of the African population. He also pointed out that Africa should choose its partners in accordance with its interests and without any prohibitions or interference in internal affairs.

The head of Malian diplomacy spoke of the need to join forces to fight terrorists. Minister Diop called on Africans to provide real leadership and fully assume their share of responsibility in dealing with issues of peace and security, agreeing to provide funding for security and stability on the continent.