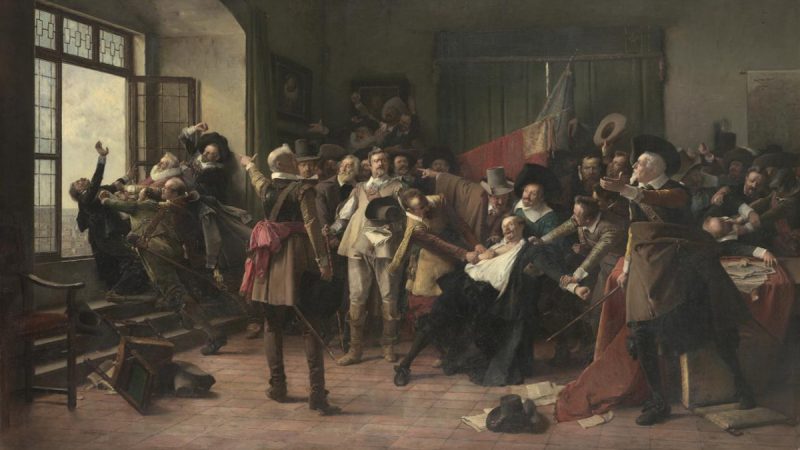 It should be noted that the citizens of Burkina Faso pin their hopes of restoring order on Russia. Both in January and during the September coup d’état protesters came out with Russian flags in their support of this country.

On September 30, Burkina Faso witnessed its second military coup d’état of the year. This time it was led by Captain Ibrahim Traoré. He was also the leader of the Patriotic Movement for Safeguard and Restoration (French acronym MPSR), which came to power after the January coup. Recall that on January 24, elected President Roch Kaboré was overthrown and the military, led by Lieutenant Colonel Paul-Henri Damiba, seized power.

The main reason for the January coup was the critical security situation. According to the Economic Community of West African States (ECOWAS), the official authorities control only about 60% of the country. The rest of the territory (40%) was controlled by Islamist groups affiliated with both Al-Qaeda (organization banned in the Russian Federation) and ISIL (organization banned in the Russian Federation).

The security situation, or rather the lack thereof, was the reason for the coup d’état this time as well. It should be noted that the citizens of Burkina Faso pin their hopes of restoring order on Russia. Both in January and during the September coup d’état protesters came out with Russian flags in their support of Russia.

One significant change, however, came in September: the anti-French riots. Protesters attacked the embassy, university and other institutions affiliated with France. The riots were triggered by rumors that Lieutenant Colonel Damiba, already suspended from his post as interim president, took refuge at a French military base.

The anti-French sentiment itself was what led to the downfall of the pro-French, in the opinion of the population, Damiba. Paul-Henri Damiba, a graduate of the French military academy, did not radically change President Kabore’s security strategy, as his fellow officers insisted. This was explicitly stated in the putschists’ statement read immediately after the seizure of power on state television.

“Faced with a deteriorating situation, we tried several times to get Damiba to refocus the transition process on the issue of security,” the military under Ibrahim Traore’s command said.

The negative attitude toward the French is caused not only by the colonial past, but also by France’s apparent inability or unwillingness to solve the problem of terrorism. The French Operation Barkhane, which was launched in the region in 2014 and officially ended in June 2021, failed to make a significant impact on the situation with the spread of pseudo-Islamic jihadism.

Moreover, rumors that the French secretly support terrorists are quite widespread among West Africans. Although there is no direct evidence of this, one gets the impression that France in the Sahel is at least concerned with its own interests (such as access to natural resources), while being completely unconcerned with the security of the countries where it is present.

The attitude towards France is all the more negative because Africans are well aware that the current crisis is a direct consequence of France’s interference in the events of the so-called Arab Spring in 2011, which caused the fall of Libyan leader Muammar Gaddafi and turned Libya into a base of spreading extremism. The rumors about France’s arms supplies to the Sahelian jihadists have yet to be proven. But arms supplies from Libya are not a secret.

It must be acknowledged that Russia’s success on the African continent is very relative. The aid given to the Central African Republic has allowed its government to resist the onslaught of the rebels and to recapture the main cities of the country. But the situation is far from ideal: still large parts of the territory of the Central African Republic are not under the control of the authorities. It is too early to talk about the results of military cooperation between Russia and Mali.

Nonetheless, Russia’s active return to the African continent has triggered a huge wave of support among the African populations, who still remember the days of cooperation with the USSR and the assistance that the Soviet Union provided to African countries in their fight against colonialism and in building a more just society. This explains the virtually spontaneous rallies with Russian symbols.

However, the capabilities of today’s Russia are much less than those of the Soviet Union. Our support, until recently, was mainly in the form of the very same military aid – assistance with weapons and military specialists. With the start of the special military operation in Ukraine, this assistance has also become questionable. At the same time, African countries are directly dependent on funding from the West and the IMF, and there is nothing to replace it with. African countries that have declared their desire to cooperate with Russia are under enormous pressure from their creditors.

Thus, the new authorities of Burkina Faso are forced to be cautious on this issue. Captain Ibrahim Traoré, who replaced Lieutenant Colonel Damiba, has not yet made any direct statements about the start of military cooperation with Russia despite direct demands of the country’s citizens and his own pro-Russian convictions.