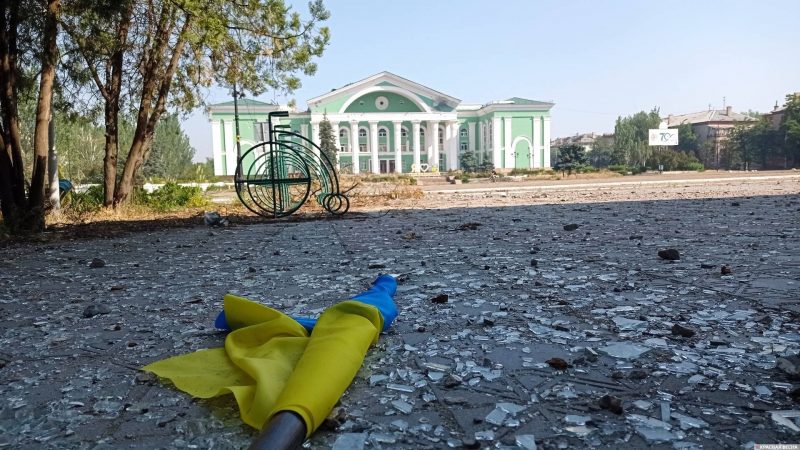 Azot chemical plant is the key enterprise in Severodonetsk

Vladimir Lenin, the founder of the USSR, stood at the origins of the Azot production enterprise. It was he, in 1921, who gave impetus to the research for the creation of a nitrogen-fertilizer enterprise based on coking coal and synthetic ammonia production in Donbass.

In June 1930 the 11th Congress of the Communist Party of the Soviet Union decided to build a chemical enterprise in Donbass. In 1934, the building of a workers’ village began on the left bank of Seversky Donets on the sandy terrain. It was named Liskhimstroy (Lisichansk chemical construction). In 1950, the village was renamed Severodonetsk, and in 1958, it received the status of a city.

At the end of July 2014, Severodonetsk was occupied by the Kiev regime. At that time, a small group of Lisichansk militiamen courageously fought against the Ukrainian invaders under the continuous bombing of the city. Colonel Radievsky of the Ukrainian National Guard, who led the seizure of Severodonetsk, was killed in the battles for Lisichansk.

The liberation of Severodonetsk in June 2022 became possible after the complete mopping-up of Rubezhnoye and a number of adjacent villages, such as Metyolkino, Voyevodovka, and Sirotino. This further enabled the Ukrainian militants to be driven to a natural barrier – the Seversky Donets river.

Reconnaissance groups are among the first to enter any populated area. They break the way for the main forces and eliminate pockets of enemy resistance. Such was the case in Severodonetsk. Fellow servicemen remembered Maxim Vasilyev with the call sign “Slon”: in 2015, Vasilyev died heroically while carrying out a mission on the outskirts of Severodonetsk.

As in other cities already liberated by the Russian army, Ukrainian militants also used terrorist tactics in Severodonetsk. They used the local population as human shields. They drove the residents out of their houses and set up firing positions from which they fired on the Russian and LPR troops. This made it difficult for the Lugansk People’s Republic’s People’s Militia to advance through the city, and reconnaissance was used to identify the militants’ firing positions using unmanned aerial vehicles.

The Ukrainian units took out their frustration at having to retreat on the city’s infrastructure, houses, commercial and administrative buildings. The Ukrainian armed units and nationalist battalions bombed the entire territory of Severodonetsk.

On June 25, 2022, Severodonetsk came fully under the control of the LPR. Ahead is the last frontier to liberate the Lugansk People’s Republic from Nazi invaders, the city of Lisichansk.

The time will come, when the cities of Donbass will be rebuilt and return to a peaceful life. But we have no right to forget the feat of our soldiers who liberated Donbass. If we forget our history, we face the processes that emerged in Ukraine in 2014 after the coup d’état.