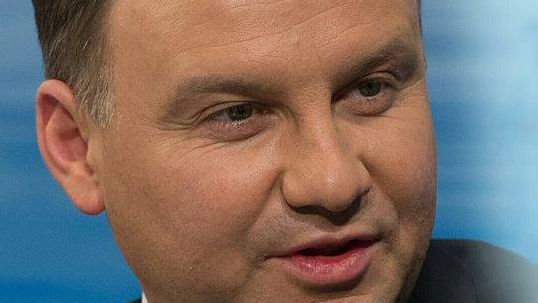 President of Poland Andrzej Duda’s statement about cancelling the borders between Poland and Ukraine can be interpreted as plans to annex certain Ukrainian regions, Director of the Institute of the Newly Established States Aleksey Martynov said on May 6 in a commentary to RIA Novosti.

Previously, Duda said that “there will be no border” between the two countries any longer for the Ukrainian and the Polish people to live “building common happiness together.”

According to Martynov, Poland has “a plan to integrate adjacent Ukrainian regions.”

“In a situation when the current Kiev regime can ensure neither security nor safe and effective development or living standards for the Ukrainian people, the people in the adjacent near-border Polish regions may find it logical to want to integrate them into Poland, to take these lands back,” the expert noted.

He believes that, in spite of the West’s failure to recognize the outcome of the Crimean referendum, Poland can use it as a precedent to take back the territories that used to be part of Poland.

Martynov pointed out that, according to the Polish Constitution, the main objective of the country is to restore the Polish-Lithuanian Commonwealth.

“This is why Poland is looking with interest at the near-border territories of Ukraine,” he added.

In late April, Director of the Foreign Intelligence Service of Russia Sergey Naryshkin said that the USA and Poland were developing plans to establish Poland’s political control over the near-border regions of Ukraine.