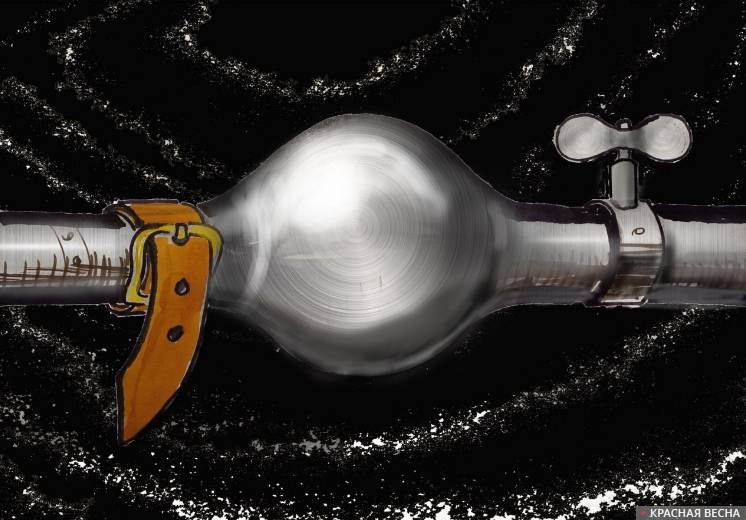 On April 8, the authorities of the European Union (EU) approved another package of sanctions, already the fifth in a row. The new restrictions include a ban on granting access to EU ports to ships registered under the Russian flag, a ban on exports of semiconductors and a number of other goods, as well as a ban on imports of wood, cement, fertilizers, seafood and alcoholic beverages.

One of the most significant elements of the new sanctions package was probably the ban on imports of Russian coal. The EU authorities want to ban the purchase, import or transfer of Russian coal and other solid fossil fuels to the EU starting in August 2022.

As reported, Russian coal accounts for about 54% of EU imports. And in 2021 it increased by almost 11%, to about 50 million tons per year. It is not reported where the European Union is going to get coal in such volumes.

Earlier, on April 7, the European Parliament approved a resolution urging the European authorities to completely ban imports of Russian gas, oil, coal and nuclear fuel. However, not all European countries decided to rush blindly into the maelstrom of anti-Russian restrictions. And energy is likely to be one of the major stumbling blocks.

Hungary’s Foreign Minister Peter Szijjártó said on April 7 that the country was against an embargo on energy supplies from Russia, including fuel for nuclear power plants.

The latter is important for Hungary due to the supply of fuel for Paks NPP. According to the minister, the imposing of bans and sanctions in the field of nuclear energy is a “red line” for the country’s government, as it intends to guarantee Hungary’s energy security.

The current statements are a follow-up to the position of the Hungarian authorities, who do not want to impose sanctions on Russian energy supplies. This is not surprising given that 85% of all gas consumed in Hungary comes from Russia. Russia also accounts for 64% of Hungary’s oil supplies.

In September 2021 Hungary signed two long-term contracts with Gazprom for 15 years. They provide for the supply of a total of 4.5 billion cubic meters of gas per year via pipelines through Austria and Serbia.

The country is also not eager to impose sanctions against Russia. It seems that the desire does not concern political issues in the broad sense, given that Serbia voted to expel Russia from the UN Human Rights Council. After all, Serbia’s foreign policy course includes joining the European Union.

However, when it comes to sanctions, at least in the economy, the authorities are keen to maintain friendly relations with Russia. Meanwhile, no one has cancelled the external pressure on Serbia by the West. According to Serbian President Aleksandar Vucic, his country voted against Russia at the UN General Assembly because of the threat of sanctions against it.

However, he reiterated his earlier position that Serbia was not imposing sanctions against Russia.

Bosnia and Herzegovina also did not impose anti-Russian sanctions. Apparently, this is largely due to the position of the Serbian community. In late March, Milorad Dodik, a member of the Presidency of Bosnia and Herzegovina, said in an interview with Izvestia that the country had no plans to impose any restrictions against Russia.

At the same time, B&H voted against Russia on the issue of HRC membership. However, according to Dodik, this was done without taking into account the position of Serbian Republic. Dodik said the Presidency of B&H did not authorize the Bosnian ambassador to the UN to vote for a Western resolution suspending Russia’s membership in the Human Rights Council.

About 85 percent of all gas currently supplied to Slovakia comes from Russia. It is therefore not surprising that in early April, Slovak Economy Minister Richard Sulik said that the country’s authorities would take a pragmatic stance. He also allowed paying for Russian gas in rubles. However, the position of the country’s authorities is clearly inconsistent on the issue of banning Russian gas.

Later on, the country’s Prime Minister Eduard Heger stated the need to “respect the contractual conditions” and pay in euros. In addition, the Prime Minister noted that Slovakia “will act in unity with other European Union countries” when it comes to purchasing gas from Russia.

It is not clear what this will mean if there are already countries in the EU (Lithuania) that have completely rejected Russian gas, while others flatly refuse to do so. The Slovakian authorities planned to discuss with Qatar options for gas supplies to replace Russian raw materials. However, it is unlikely that this will be implemented in the near future.

In early March, Minister Sulik said that if the EU decides to reject Russian energy carriers, Slovakia will comply with it. In early April, he also said he supported diversification of fuel supplies, but it would take several years, noting that “gas supplies cannot be stopped.”

According to the German Die Welt TV channel, the FRG is strongly against the introduction of an immediate ban on imports of Russian energy resources. In particular, German Foreign Minister Annalena Berbock warned against introducing an immediate ban.

In late March, German Minister of Economy and Vice Chancellor Robert Habeck stated that imposing an embargo on energy supplies from Russia could put an end to Germany’s prosperity.

“I took an oath and I cannot risk my country’s prosperity,” Habeck said, adding that Germany lacks the infrastructure to import gas and oil by other means.

Similar moods are observed in neighboring Austria. Austrian Foreign Minister Alexander Schallenberg said on April 4 that a new package of sanctions is being prepared, but at the same time warned that sanctions should not boomerang back to those who imposed them.

“This is about gas. We have to be realistic here,” Schallenberg told O-1 radio channel.

French presidential elections should be held in April, and the main candidates for the post are divided over the necessity of anti-Russian sanctions.

Current President Emmanuel Macron said Paris will continue to put sanctions pressure on Moscow. French presidential candidate Marine Le Pen of the “Rassemblement Nationale” party called not to impose sanctions against Russia, which would be more harmful to the countries of the West themselves. Especially against Russian raw materials.

According to the Die Welt TV channel, France has not spoken definitively on the issue of an immediate ban on Russian energy resources. Jean-Pierre Clamadier, head of the French energy concern ENGIE, said that the republic could find substitutes for about half of its gas imports from Russia, “but the rest would have to be compensated for by reduced consumption.“

Against the background of the introducing another package of sanctions in Europe, there are traditionally warnings that anti-Russian restrictions will hit the economies of the European countries that are imposing the restrictions themselves.

For example, the Italian newspaper La Repubblica wrote that the anti-Russian sanctions would have a negative impact on about 1 million companies in the country, which employ more than 5 million people. Italy’s transportation and woodworking sectors will be hit the hardest. And Latvia’s gas transmission system operator, Latvijas Gaze, said on April 7 that refusal to import gas from Russia could cause an energy crisis in Latvia.

But will these voices be heard by the authorities in US-dependent Europe, which has fallen into a sanctions rush? It seems that this will not happen in the near future. No matter how much you argue about the need to avoid getting hit by your own restrictions, but so far the countries of Europe keep jumping on the sanctions rake.