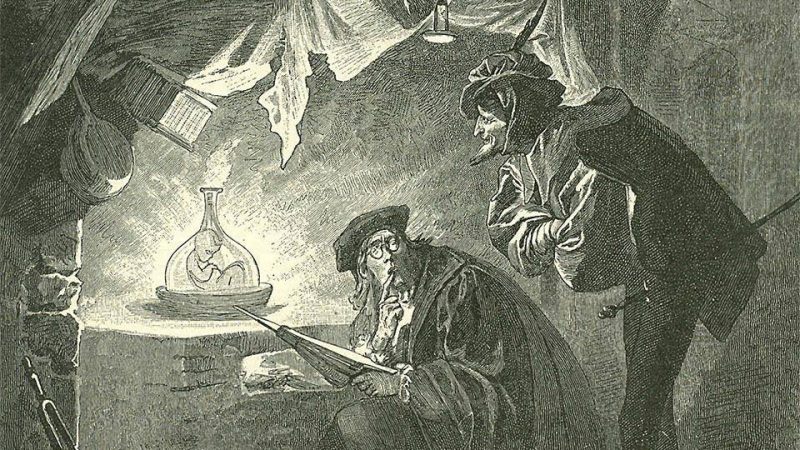 Mephistopheles and Wagner, Homunculus in a Flask by Franz Xaver Simm, 1899.

New types of biological weapons, which allow for the selective infection of specific human populations, are being developed by the biolaboratories organized by the United States, said Secretary of the Security Council of the Russian Federation Nikolai Patrushev, on March 29, writes the Russian newspaper Arguments and Facts.

“The Pentagon has created hundreds of biological laboratories around the world, where according to the available documentary evidence active biological warfare research activities are being carried out,” Patrushev said, specifying that this activity violates the convention on the prohibition of the development, production and stockpiling of bacteriological and toxin weapons.

The Americans are using methods of synthetic biology for military purposes. With these methods they give microorganisms new characteristics, increasing their pathogenicity.

Special bacteria and viruses are being created so as to “affect a certain, specific population.” Facts that corroborating that the US is conducting this activity are being currently being accumulated.