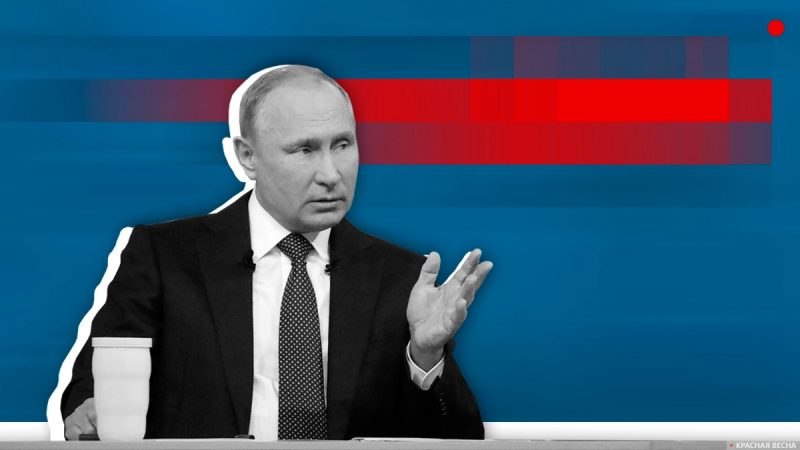 The cynicism of Western countries that have not noticed the suffering of the people of Donbass for eight years shows their moral degradation and absolute dehumanization, Russian President Vladimir Putin said at a meeting on social and economic support for the subjects of the Russian Federation on March 16.

“Ukraine, encouraged by the United States and a number of Western countries, was purposefully preparing for a violent scenario, bloodshed and ethnic cleansing in Donbas. A massive offensive on the Donbass and then on Crimea was only a matter of time. And our Armed Forces thwarted these plans,” the leader of Russia said.

According to Putin, Kiev was not only preparing for war and aggression against Russia and Donbass, the Ukrainian security forces were conducting it all these years. “Attempts to organize sabotage and terrorist underground in Crimea did not stop. Fighting in Donbass, the shelling of peaceful towns and villages has been going on for all these years. During this time, almost 14 thousand civilians, including children, were killed,” stressed the Russian President.

In addition, Putin recalled a missile strike by the Ukrainian army on March 14 in the center of Donetsk. “It was an outright bloody terrorist attack that took the lives of more than 20 people. And such attacks have been performed on for the last few days. They hit indiscriminately, in squares, with the fanaticism and frenzy of the doomed – like the Nazis, who in the last days of the Third Reich tried to take as many innocent victims with them to the grave as possible,” he explained.

At the same time, the Russian leader was outraged by the outrageous cynicism shown both by Kiev itself and by Western countries. “It’s not just Kiev’s brazen lies, claims that it was Russia (they’ve come up with that!) that allegedly launched a missile at Donetsk, but also that the so-called civilized Western world,” Putin said. According to him, the EU and US media did not notice the Donetsk tragedy at all, as if it never happened.

“In the same hypocritical way, they turned their eyes away for the last eight years, when mothers in Donbass buried their children. When they were killing old people. This is just some kind of moral, moral degradation, a complete dehumanization,” concluded the Russian leader.

On the morning of February 24, Russian President Vladimir Putin announced the launch of a special military operation to denazify and demilitarize Ukraine. According to the Russian leader, the purpose of the special operation is to provide “protection for people who have been subjected to humiliatin, genocide by the Kiev regime for eight years.” Putin called on the Ukrainian military not to carry out the criminal orders of the Kiev command and to lay down their weapons. At the same time, according to the Russian Defense Ministry, Russian troops are striking only military infrastructure and Ukrainian troops.

Simultaneously with the start of the Russian Armed Forces’ operation to demilitarize and denazify Ukraine, units of the People’s Militia of the LPR and DPR went on the offensive in order to liberate the previously occupied territories of the republics by Kiev. In addition, all war criminals responsible for the bloody crimes against civilians in Donbass will be brought to justice.