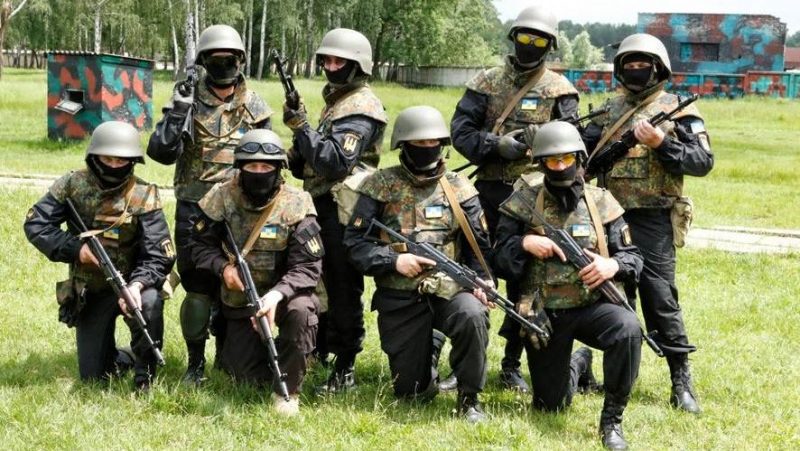 Troops of territorial defense are being created throughout the territory of Ukraine in order to carry out active mobilization of servicemen. Expert of the online publication Ukraina.ru Vladimir Skachko expressed this opinion in his commentary for Rossa Primavera News Agency on February 6.

“The troops of territorial defense are being created there [in Ukraine – Rossa Primavera News Agency] to repulse the ‘aggression’, and mass psychosis and military hysteria continue, which brings its own certain results. When [the population] is continuously alarmed by the war, when ‘this frightening’ is being transmitted from all levels, of course, it brings its results,” Skachko explained.

However, according to the expert, Ukraine’s plans to intensify the process of military mobilization and strengthen its internal troops cannot be taken fully seriously, because the financing of territorial defense units will be at the expense of local budgets.

“Whether this step is serious or not can be judged by the fact that the maintenance of these territorial defense units has been transferred to local budgets, which are poor as a church mouse,” the expert explained.

He noted that in the event of a civil war in Ukraine, the formation of territorial defense forces could serve to foment widespread unrest because they could be controlled by any local oligarch.

“As the civil war spreads throughout Ukraine, territorial defense units could contribute to omnipresent anarchy. Every local leader or oligarch who has money can take over these troops, these gangs, because they contain people who served in the army in one way or another, underwent anti-terrorist training and participated in [the war] Donbass in some way,” the agency’s interlocutor stresses.

He said that US and Canadian instructors are mostly training newly mobilized Ukrainian servicemen.

“US, Canadian. I don’t know if there are [instructors from] NATO, but I know for sure that there are Canadian and US ones – that’s for sure. They don’t hide it themselves. Perhaps there is some assistance through all sorts of PMCs, but then each of the PMCs should be considered individually,” concluded Skachko.

Since January 1, 2022, the territorial defense forces of Ukraine became separate kinds of troops. The formation of this “kind of troops” must be completed by February 15. They will have to operate on a territorial basis outside the areas where combat operations are taking place.

The law on the foundations of “national resistance,” which included a training camp for territorial defense units, was adopted by the Verkhovna Rada in the summer of 2021. In December, Ukraine created a structure of territorial defense force headquarters, effectively creating a military power system parallel to the existing civilian system in the country.