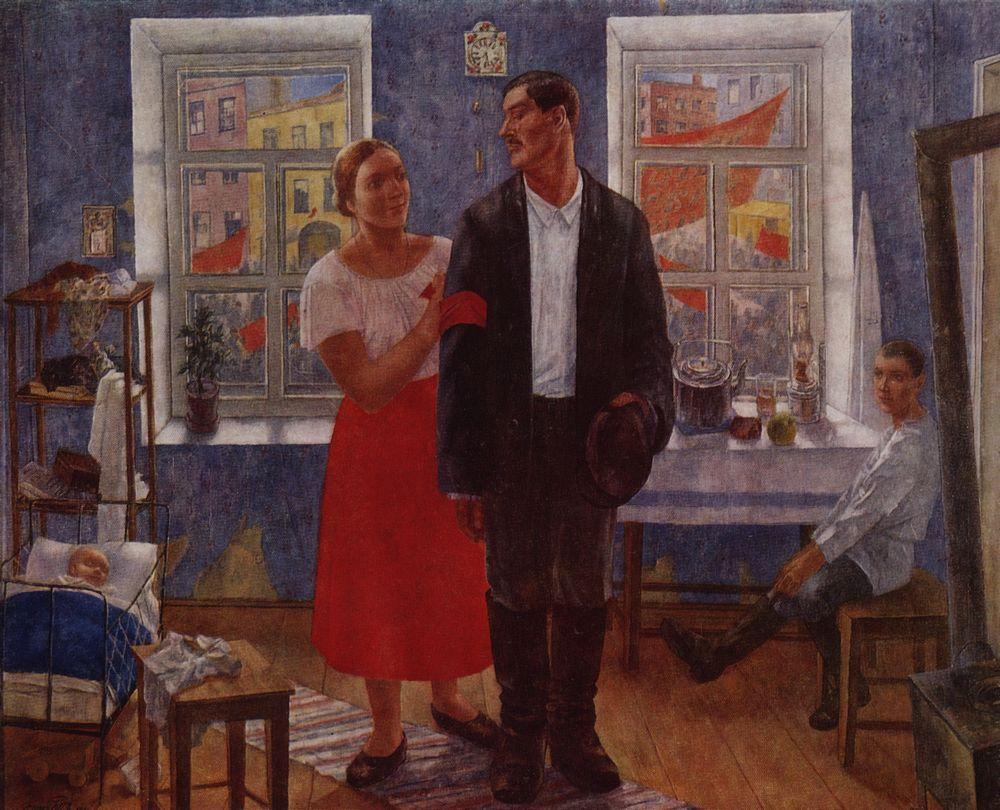 "The first demonstration (Family of a worker on the first anniversary of October)", Kuzma Petrov-Vodkin, 1927.

In the late USSR, the authorities paid much more attention to protesters than in the Russian Federation, political scientist and the leader of the Essence of Time movement Sergey Kurginyan wrote in his article “Vaccination and a Stalinist System? This is a Nuthouse…” on December 11 in the Essence of Time newspaper.

“…the regulatory significance of any kind of mass protests in the late Soviet period was overwhelmingly more than today,” he indicated.

The political scientist reminded hundreds of protests in the USSR, each resulting in the arrest of officials who triggered the protests, their exclusion from the Party, and bringing them to justice. At the same time, the suppressed protest in Novocherkassk in 1962 was a single incident.

“Besides, regarding the statement that power was not limited at all. The authorities would not dare to delay  the salaries at a plant for even 24 hours (not necessarily Uralmash, but a much smaller plant). Or behave in a way that workers would express their discontent with its policy,” the leader of Essence of Time explained.

He discussed a situation of collecting one million signatures against something in the USSR, stressing that anything that raised such a protest would have been definitely stopped.

“Thus, all these regrets about how easy it was to rule the people in the USSR, like you order and they obey immediately, are a vulgar fabrication,” the political scientist stressed.

Kurginyan reminded about the regulative role of the Party Control Committee, about how the Central Committee of the Communist Party of the Soviet Union responded to letters from workers and even their “most tempered discontents.”

“There were many regulators to restrain overzealous officials in the environment of the Soviet system, indeed administrative and indeed extremely strict,” the leader of Essence of Time wrote.

On April 14, 1978 in the Georgian Soviet Socialist Republic, primarily in the republic’s capital city of Tbilisi, mass rallies of Georgian intelligentsia and other activists took place. The reason was pending new Constitution of the republic, in which the Georgian language would not be the official language any more. After the demonstration, Georgian remained the only official language.

On June 16, 1979, people living in the cities of Tselinograd, Kokchetav, and Karaganda protested against the decision to establish a German Autonomous District in northern Kazakhstan. The demonstrations were organized by the authorities of the Kazakh Soviet Socialist Republic, who from the very beginning refused to support the idea of German autonomy. The protests resulted in the rejection of the idea of German autonomy in the Kazakh Soviet Socialist Republic.