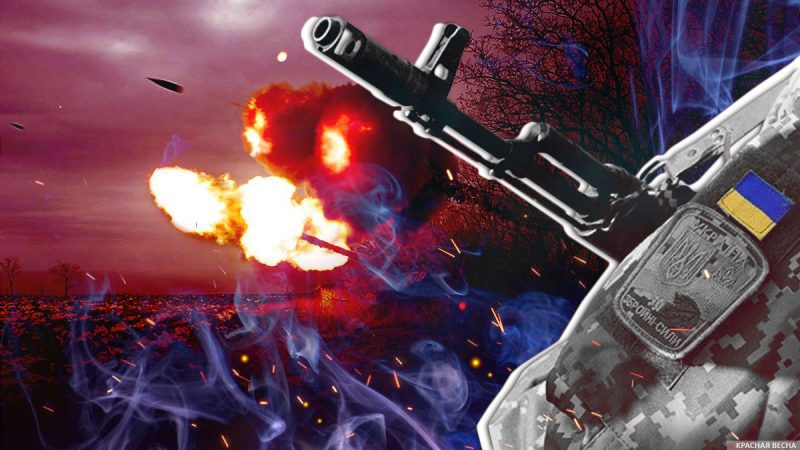 Kiev seeks to involve Moscow in the military conflict in Donbass. Military experts who were interviewed by RIA Novosti expressed this opinion on November 23.

An indication of preparations for such actions are plans to supply US weapons to Kiev. As the US media reported, Washington is considering the transfer of weapons and military equipment to Ukraine, including Javelin anti-tank missile systems.

Additionally, information has emerged about planned deliveries of Stinger man-portable air defense systems (MANPADS). According to military expert Aleksey Leonkov, the DPR and LPR republics have no military aviation, and the transfer of MANPADs to Ukraine clearly demonstrates the anti-Russian orientation of such actions.

“The only possible opponent in this case is Russia, but we will not be the first who attack, even though we are encouraged to do so by numerous provocations,” he said.

The expert noted that Russia will never start a conflict first because of the enormous pressure that is being exerted on Moscow. Leonkov stressed that Ukraine, in addition to non-observance of the Minsk agreements, is trying in every way to escalate the situation in the conflict zone. Kiev constantly reports about the use of Bayraktar unmanned aerial vehicles and Javelin missile systems by the Ukrainian army, although this information is not confirmed by the DPR and LPR military.

Moreover, according to the expert, the Western media represent the war between Russia and Ukraine as inevitable, which further aggravates the situation in the conflict zone.

“It is clear that a war is looming on the horizon. There are full-scale preparations for hostilities on the part of Ukraine and the West,” Leonkov said.

His opinion is very similar to that of another Russian military expert, Doctor of Military Sciences Konstantin Sivkov. As Sivkov notes, Russia can be provoked into a military conflict only in two ways: either by a massive attack on the republics where many Russian citizens live, or by a blockade of Transnistria.

“Actually, this scenario has already been mentioned by the head of the Military Intelligence Service of the General Staff of Ukraine, who suggested a landing operation in the Odessa region as one of the key points of ‘Russian aggression’ – such a measure can be taken only in the case of deblocking Transnistria, otherwise our landing force has nothing to do there,” the expert stressed.

The Russian leadership has repeatedly spoken out against providing military assistance to Kiev. For example, the Russian Foreign Ministry advocates recognizing the conflict in eastern Ukraine as a civil war and calls for imposing an embargo on arms deliveries to Kiev.

For his part, Russian presidential spokesman Dmitriy Peskov expressed regret over the increase in supplies of US weapons to Ukraine, which have become “usual”. Russian Foreign Ministry spokesperson Maria Zakharova expressed concern about the actions of the United States and NATO countries, which have a negative impact on the resolution and settlement of the conflict.