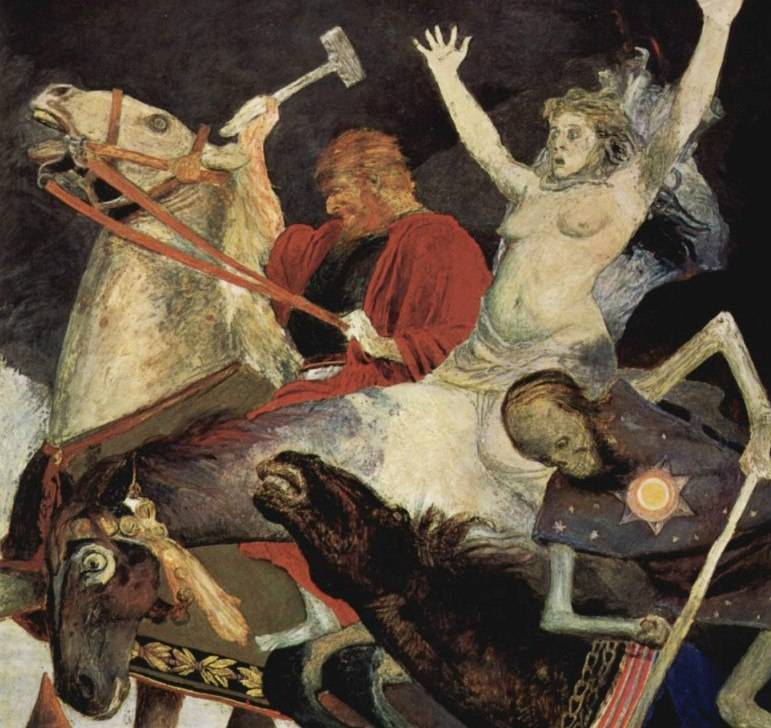 The staff reshuffling among the top officials of the Ukrainian security services means that a military operation against the DPR and the LPR can start at any moment, the leader of the Essence of Time movement Sergey Kurginyan said on July 31 in a new issue of The Meaning of the Game broadcast.

“Now the Ukrainian military is led by hawkish, dangerous and half-insane people. They are ready to fulfill an order of the madman in power. To this end, they will unleash a war in Donbass,” Kurginyan said about Zelensky and his appointees.

However, the leader of Essence of Time believes, whether the war will start “depends solely on the discretion of the former comedian and directives of the colonial administration keeping Ukraine under total external control.”

The political scientist also noted that a change in the colonial administration has taken place. The USA, having deescalated its interest in an acute confrontation with Russia, has been replaced by the UK, towards which the Ukrainian authorities are now predominantly oriented. This is confirmed by the replacement of security officials oriented towards the US for ones oriented towards the UK.

According to Kurginyan, the UK “is seeking escalation on all directions, especially in everything related to the persistent Ukrainian madness.” This is why, according to the political scientist, a war in Ukraine can start in the coming months. Kurginyan notes that this is not predetermined, because Washington can be mired in its own problems and deter its ally and satellite from a direct hot war against Russia.

Serious personnel purges have taken place in the Ukrainian defense ministry. On July 28, Chief of the General Staff of Ukraine Sergey Korniychuk was dismissed. He was replaced by Sergey Shaptala, former chief of the Western Operational Command in Donbass.

In the middle of June, Zelensky replaced the top officials of the Ministry of Internal Affairs of Ukraine. On July 13, the Minister of Internal Affairs Arsen Avakov resigned, and on July 15 Rada (the Ukrainian parliament) accepted his resignation. The same day Denis Monastyrsky took Avakov’s position. On July 21, Sergey Yarovoy, Avakov’s first deputy, and Tatyana Kovalchuk, another Avakov’s deputy, were dismissed.