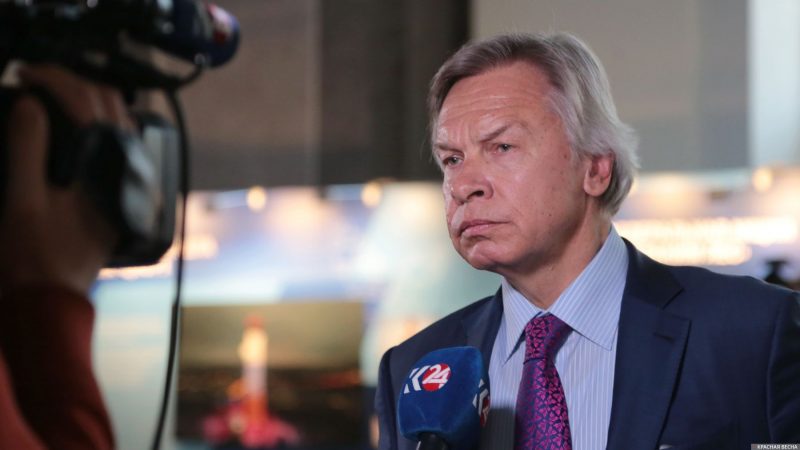 The military parade in Baku has established a new format of the relationship between Russia and Azerbaijan, Russian Senator Aleksey Pushkov wrote on his Telegram channel on December 14.

According to the senator, the parade that took place in Baku, in which the President of Turkey Recep Tayyip Erdoğan participated along with Turkish attack drones that played a key role in the Nagorno-Karabakh operation, “became a demonstration of a new military and political reality in Transcaucasia.”

The Council of Federation member noted that the relationship between Russia and Azerbaijan has automatically reformatted after the parade.

“Azerbaijan has permanently become Turkey’s military ally, and this is an irreversible fact. Baku will continue its special relations with Moscow, but the third party, Ankara, will now always be involved. This means that Turkey becomes an established military and political factor in Transcaucasia, and this changes the regional balance, especially because Turkey is a NATO member country,” Pushkov explained.

On December 10, a parade celebrating the victory of Azerbaijan in the Nagorno-Karabakh war took place in Baku. Erdoğan said in his speech that “the liberation of the Azerbaijani lands does not mean the end of the struggle,” and that Turkey would continue its struggle at the other fronts. The Turkish leader also reminded the name of Enver Paşa, one of the masterminds and organizers of the genocide of Armenians in 1915. According to Erdoğan, Paşa’s soul was happy that day.