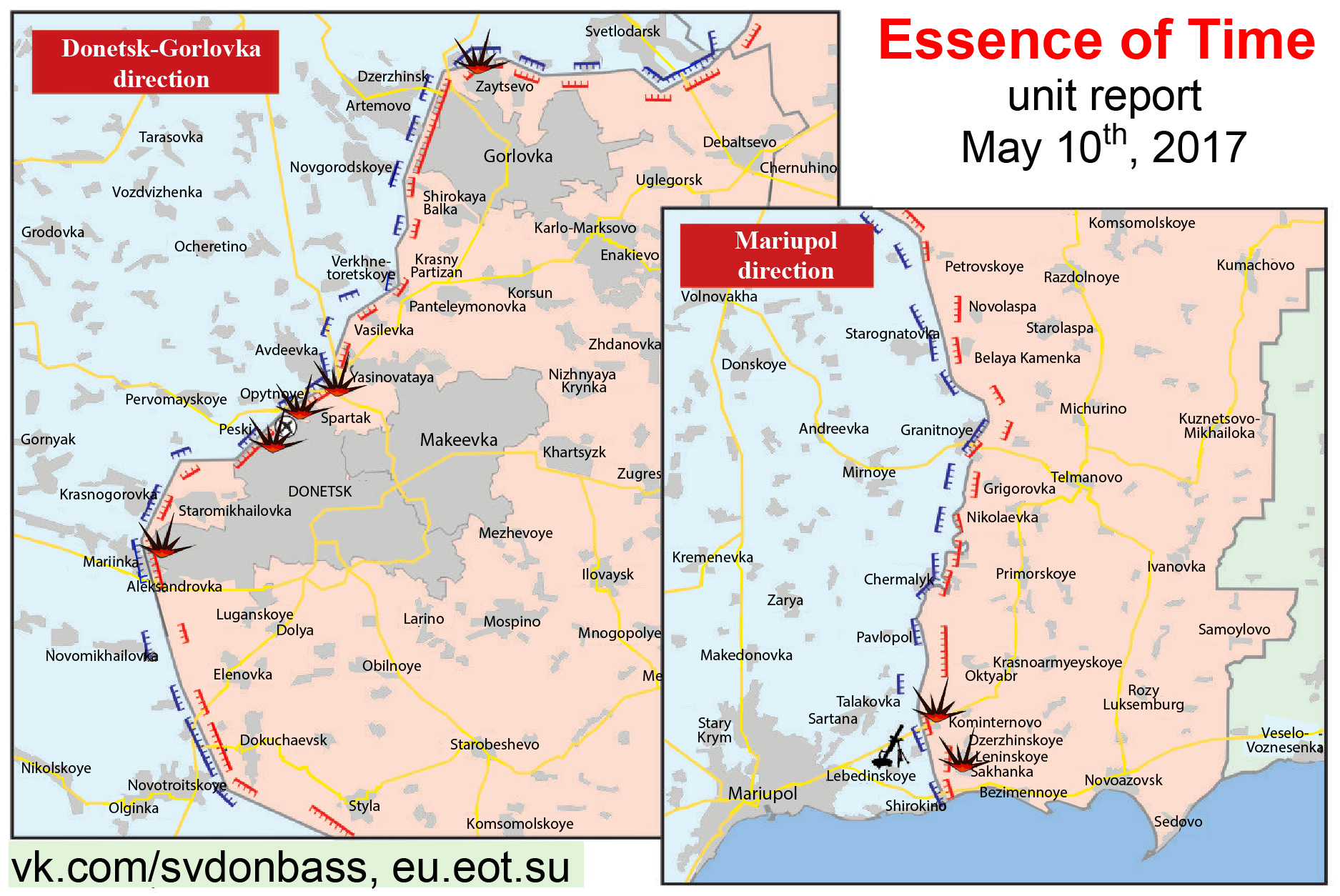 Trench combat was underway near the village of Zaytsevo, north of Gorlovka. The situation is tense in Avdeevka industrial zone, near the village of Spartak, and in the area of the former Donetsk airport. The Ukrainian army’s artillery shelled the Kuybyshevsky district of Donetsk during the night. As a result of the shelling, a woman and a child were injured; one house was destroyed as a consequence of the direct hit of the shell, another house was damaged.

According to recent information, on May 9, the Ukrainian army violated the ceasefire 61 times. The enemy opened fire on 21 villages and towns of the DPR with artillery, tanks, mortars, anti-tank guided missiles, infantry fighting vehicles, armored personnel carriers, grenade launchers, and small arms. In the village of Bezymennoye, Novoazovsky district, 7 houses were damaged, and 3 civilians were injured during the heavy shelling conducted by the 36th Independent Marines brigade and “Azov” nationalist battalion. According to DPR PM, one serviceman was killed, and another one was wounded.