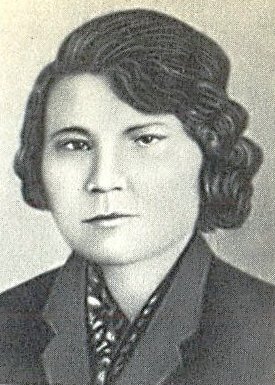 I will die tomorrow, mom. You lived 50 years, I only lived 24. I want to live. There’s so little I did! I want to live to destroy the accursed fascists. They tortured me, but I told them nothing. I know – my friends, partisans, will avenge me. They will destroy the invaders. Don’t cry, mother. I am dying, knowing that I was giving everything I had to the victory. It is not scary to die for the people. Let the girls know: let them go join the partisans and bravely crush the enemy. Our victory is not that far!

Dear mommy! I am writing this letter to you before my death. You will receive it, and I won’t be alive in this world by the time you will. You, mommy, don’t cry about me and don’t grieve for me. I’m not afraid of death… Mommy, you will be all alone now, I don’t know how you will live. I think Zoya will not leave you. All right, my dear, live your age somehow. I still envy you a bit, mom: you live a whole 50 years, and I only had 24 years to live, and how I wish I could live and see what life will be like. All right, away with the dreams… I finish writing, I can’t write anymore: my hands are shaking and I can’t think – today is the second day I haven’t been eating, it is easier to die with a hungry stomach. You know, mom, it’s feels bitter to die. All right, so long, my dear old lady. How I wish I could look at all of you, you, Zoya, dear Zhenechka. If you save him, tell him what an aunt he had. That’s it. I kiss all of you goodbye, and you too, my mommy. Your daughter Vera.

Editor’s note: Before the war Vera Porshneva was a librarian and wrote for the local newspaper. When fascists occupied many towns and villages of Kalininskaya oblast (currently – Tverskaya oblast) she completed machine gun training and was one of the first to join the local partizan squad. She was one of the best and bravest fighters of her unit. When Vera was assigned a task to infiltrate a German commandant’s office, she successfully completed her mission.

During one of the missions behind enemy lines, in Borisovka village, Vera was surrendered to the Germans by a traitor.  She was interrogated and tortured for twelve days.  When Gestapo realized that it’s useless and she’s not telling anything, they tried to trick her: released her and followed her for two days. Having captured her again, Nazis tortured Vera even more fiercely: drove hot needles under her nails, made her stand naked outside. She was executed on December 21, 1941. Locals buried her outside the village. Her letter that was found is preserved by the Local History Museum of Tverskaya oblast.