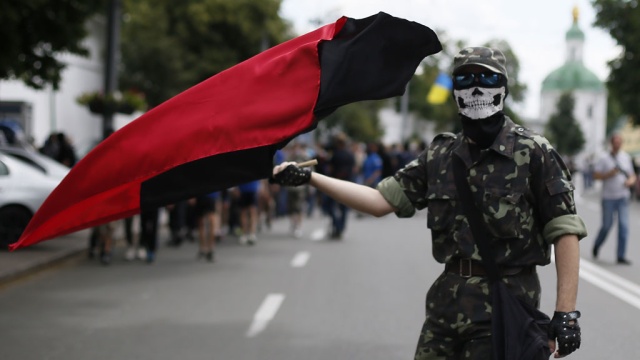 Ukrainian Orthodox Church of Moscow Patriarchate (UOC MP) churchgoers continue to defend Uspensky temple in Ptichye village near Rovno in West Ukraine for the fourth day in a row against the attacks of schismatics of the “Kiev patriarchate”, unrecognized by world Orthodoxy. With the support of police the schismatics have besieged the church, leaving the people inside without electricity, heating, water and food, according to UOC MP public affairs office.

According to the latest information from the Rovno eparchy, one of the churchgoers was hospitalized on December 21 in a critical condition. “When the doctors were carrying Irina out of the temple, ‘Kiev patriarchate believers’ applauded and were shouting curse words,” UOC MP informs.

The protoiereus of the temple Victor Zemlyanoy said that the woman has cancer. “She fainted. She has two little children. Someone broke the windows in her house during the night,” protoiereus said.

“Village residents were beaten with batons, rebar; attackers threw “Molotov cocktails” at them and used pepper gas against them“, said Victor Zemlyanoy.

Currently five churchgoers and two priests remain inside the temple. 280 police officers, as well as “Kiev patriarchate” members remain outside.