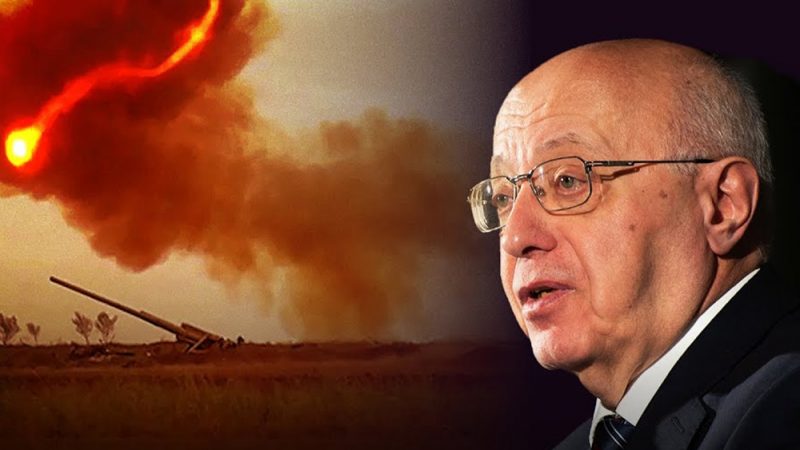 A variety of monstrous concepts incompatible with the idea of humanism are already being implemented in the modern world, said philosopher, analyst and leader of the Essence of Time movement Sergey Kurginyan in the Conversation with a Sage program on Radio Zvezda.

The political analyst noted that he often hears questions about what are the symptoms of various monstrous constructs being implemented in the world.

“My sweethearts, open your eyes! This is already unfolding. The witches are already howling and saying, ‘You will be responsible to us for all the crimes of men! We will come to power, and we will establish our matriarchy!” What? Isn’t it ongoing?“, noted Sergey Kurginyan.

“It was said when communism is gone, that supposed delusion, then everything will be Christian at once. Sweethearts! The Christians are next in turn [to be destroyed]. Who was the first to figure this out? Pope John Paul II. He was not a stupid man; he played a strong part in the destruction of communism,” noted the philosopher.

He explained that following decommunization, de-Christianization in the world began very quickly.

“This de-Christianization began immediately. It was followed by saying that the power of men, the repression of women, it means we need dark maternal cults, Cybele and God knows what else. It’s very easy to go on to Goethean mothers, that is, for the sense of ultimate, dark matriarchy,” he explained how modern trends are unfolding in the West.

Besides promoting the world’s darkest cults, the need for Man and humanity in general is starting to be discussed, the philosopher noted.

“It goes on to say – who told you that the genus Homo Sapiens is needed at all? It is too human, too ambitious. This branch should be removed, another should be created, and I was told this by people very close to Gorbachev, who occupied quite a serious position,” said Sergey Kurginyan.

The philosopher explained that the talk about the rejection of humanity was not only in the course of Perestroika and the destruction of the USSR, but long before that.

“What did Gorbachev tell me? That he was told by serious people, when he was not yet general secretary, that Europe was dead and it was necessary for the Russian cauldron to boil. Doesn’t that remind you of the witches from Macbeth?“, Kurginyan explained.