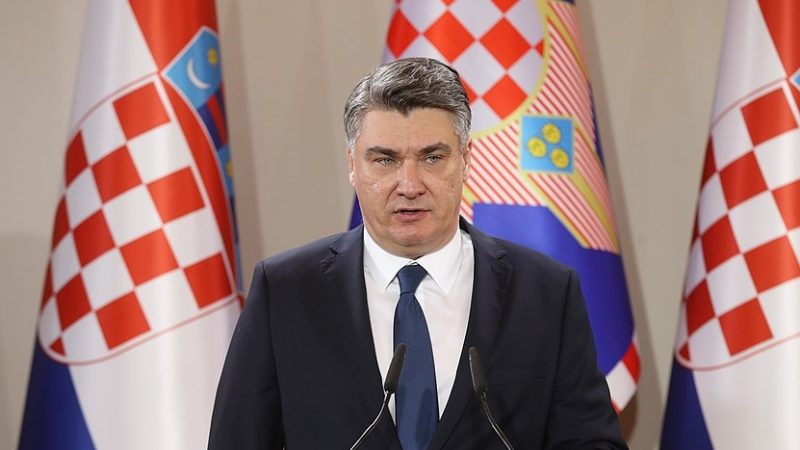 Croatian President Zoran Milanović said he would not agree to open a training camp for the Ukrainian fighters in Croatia unless the decision was approved by a majority in parliament, N1 reported on November 15.

“Foreign Minister Gordan Grlić-Radman went to Brussels without my consent and made a categorical commitment on behalf of Croatia, thereby violating the Constitution. It is enough that Plenkovic’s mini-ministers go to Brussels without the prior consent of the commander-in-chief, it is unbearable,” Milanović said.

He added that Parliament should decide on the opening of the training camp, noting that if two-thirds of MPs supported the initiative, he would accept this decision.

The president also said that Gordan Grlić-Radman had no power to intervene in this matter.

“He went there, squeezed into the front row like a dumb little nerd, and lifted his fingers: ‘We’ll be first, we’ll be first,'” Milanovic concluded.