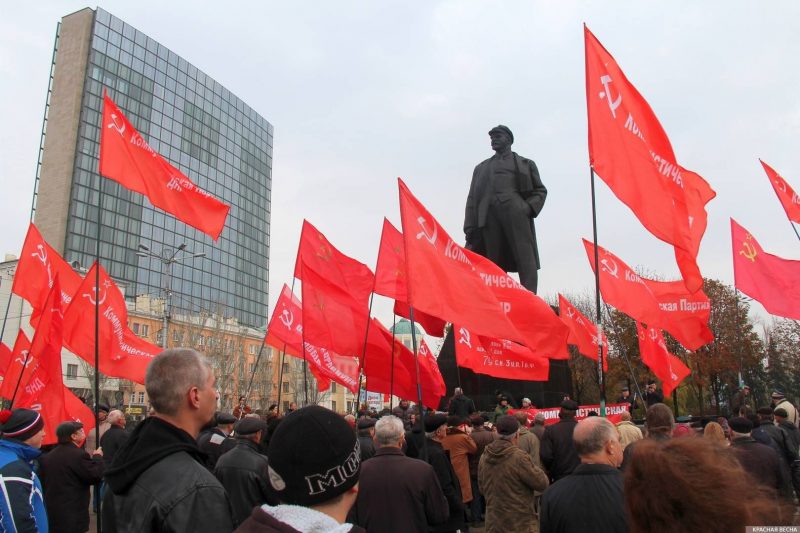 The current political situation, its enormous challenges and the obstacles that prevent the current Russian government from rescuing the country are strikingly similar to those that existed in 1917 and which Lenin implored on overcoming even before the Great October Revolution, said philosopher, political scientist, the leader of the Essence of Time movement Sergey Kurginyan on November 7 in a public address honoring an anniversary of the Great October Socialist Revolution.

The Bolshevik Revolution in October 1917 was not a revolution in its classical sense, such as the Great French Revolution, for example, stressed Kurginyan.

According to him, in France, the revolutionary class showed its effectiveness and viability; while in Russia, the bourgeois class, to which the emperor and the tsarist elite handed over the country in February 1917, demonstrated a complete impotence and in a few months led the country to a complete catastrophe. In this sense, “the Bolsheviks did not carry out a revolution, but rather a postcatastrophic reconstruction of Russia,” explained the political scientist.

Lenin did not at all seek to take advantage of the catastrophic situation in the country, emphasized the leader of the Essence of Time movement.

Kurginyan quoted the excerpts from Lenin’s September 1917 article “The Impending Catastrophe and How to Combat It,” where Lenin implored the ruling class to take steps that would save the country within the framework of the capitalistic system .

“Everyone says:’ The worse – the better ‘- that Lenin wanted it to be that way, he was rubbing his hands. Meanwhile, in this article, Lenin was begging the bourgeoisie to win. And he wanted to offer all kinds of help, including intellectual, but also political… He wishes for only one thing – for the Fatherland to exist. And every line of his article speaks about this,” stressed the political scientist.

According to Kurginyan, the measures that Lenin proposed in September 1917 aimed at saving the country, of course, cannot be used in exactly the same way in today’s Russia. But the precatastrophic situation and the obstacles that prevent the Russian authorities from saving the country today are strikingly similar, said the political scientist.

Again: we are in principle opposition to the present bourgeois system, but this does not mean that we want to destroy it. We want it to win. And when the Fatherland wins, we will figure out exactly how it will continue on its path,” said Kurginyan.

The Fatherland belongs to the People and it belongs to our dead, to those who gave their lives for Russia and continue to sacrifice them today, he stressed.

“And our Fatherland will be saved; better a pre-catastrophic realignment than a catastrophic assembly. But if the choice is death or salvation, then the question will be not about which measures to undertake for such a salvation. The question will be the salvation itself. This is the lesson of the Great October Socialist Revolution,” assured Kurginyan.