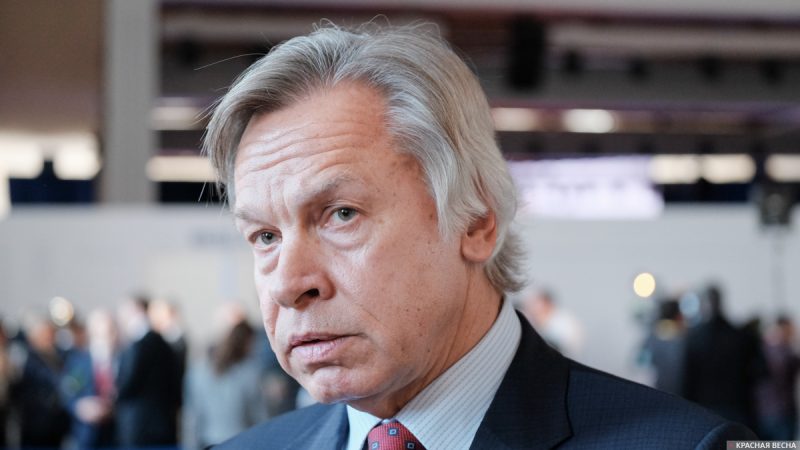 American citizens need to be concerned not about imaginary threats, but about the situation in their own country, head of the Federation Council’s Information Policy Committee Aleksey Pushkov wrote on March 24 on his Telegram Channel.

This is how Pushkov commented on the results of a Gallup poll in which 44% of Americans said that the military power of Russia poses a “critical threat” to the United States, while 46% said that Russia poses “important but not critical” threat.

The poll also shows that American citizens are most afraid of cyberterrorism (82% of respondents said it is critical threat), development of nuclear weapons by North Korea (77%), and the prospect that Iran will obtain nuclear weapons (75%).

“Americans should not fear Iran or Russia – these are invented threats,” said Pushkov, calling these fears “unfounded.”

“They should fear domestic troubles, racial hatred, insane gunmen and equally insane activists who instigate that hatred even more. The threat to the stability and safety of the people of the United States comes from within – not outside,” he added.

The day before, ten people became victims of a lone gunman who attacked a store in Boulder, Colorado, with a firearm. The shooter, according to the investigation, turned out to be 21-year-old Ahmad Alyssa.

After the incident, a number of so-called progressists in the United States wrote on social networks that a white man should definitely be behind the crime. In particular, the niece of US Vice President Kamala Harris Meena expressed this opinion. She later explained that this conclusion was based on the fact that the shooter was taken alive, which is not typical of crimes involving blacks and Hispanics.