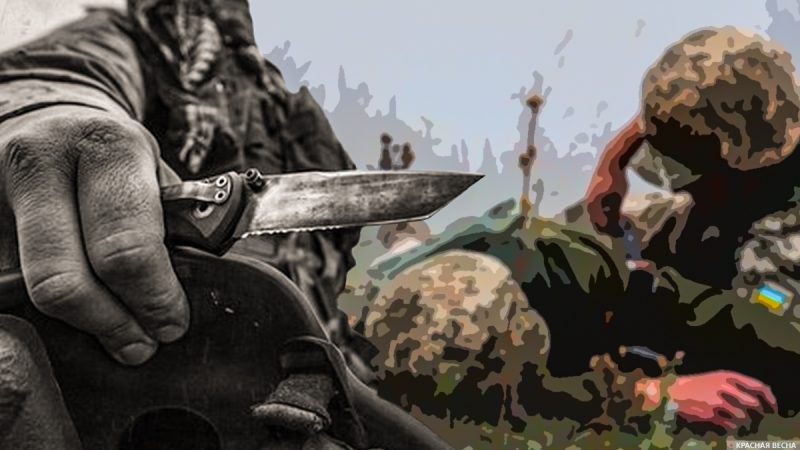 The Ukrainian military is burning houses, looting stores and banks, and expropriating cars of civilians while retreating, a resident of the village of Vladimirovka in the Donetsk region said, RIA Novosti reported on May 13.

“The village of Rudnik here, there were three two-story buildings standing there, people were being burned alive, I saw it with my own eyes,” he said. At first, militants of the Ukrainian army drove residents out of their apartments, which they occupied themselves after that, into the basements and when the DPR and Russian militaries approached, “they started burning people out,” the resident of Vladimirovka said.

The agency’s interlocutor also said that members of Ukraine’s armed units looted stores, drugstores, and banks – “everything in front of my eyes.” “They take everything – cars, generators. If you open your mouth, you get a bullet in the forehead,” he said.

A special military operation of the Russian Armed Forces on the demilitarization and denazification of Ukraine began at the request of the People’s Republics of Donbass to assist in confronting the policy of genocide carried out by the Kiev regime against the civilian population of the eastern regions of Ukraine. All those who have committed crimes against civilians will face fair retribution.