00:42 Federal News Agency: The official spokesman for the U.S. forces in Iraq and Syria John Dorrian informed that a new armed group of so-called “moderate opposition” was formed in the north of Syria.

It is being reported that the group known as “Elite Syrian Forces” plans to take active part in liberating Raqqa from extremists. According to Dorrian, 90% of members of the new armed group are Syrian Arabs, the group totals approximately 45 thousand men. The head of the group is Ahmad al-Jarba, one of the most influential representatives of Syrian opposition.

01:10 RIA Novosti: A meeting of UN General Assembly will take place on Friday at 10:00 local time (16:00 CET) to hold a vote on a draft resolution on a ceasefire in Aleppo.

01:40 RIA Novosti: US lifting the restrictions on weapon supply to “moderate opposition” in Syria has to do with the operation to liberate Raqqa from ISIL militants (terrorist organization banned in USA, Russia and other countries), US Administration representative told RIA Novosti.

03:03 RIA Novosti: Approximately 8.5 thousand people, including 2.9 thousand, with the support of Russian military left the militant-held districts of Aleppo, Russian Center for Reconciliation in Syria informed.

According to the agency, ISIL (Organization banned in Russia) militants launched a large-scale attack on Syrian military checkpoints in Palmyra, however, Syrian Arab Army soldiers countered the attack of the terrorists, forcing the latter to flee.

At least 28 Syrian soldiers and 8 officers were killed in the attacks, according to one of the reports. 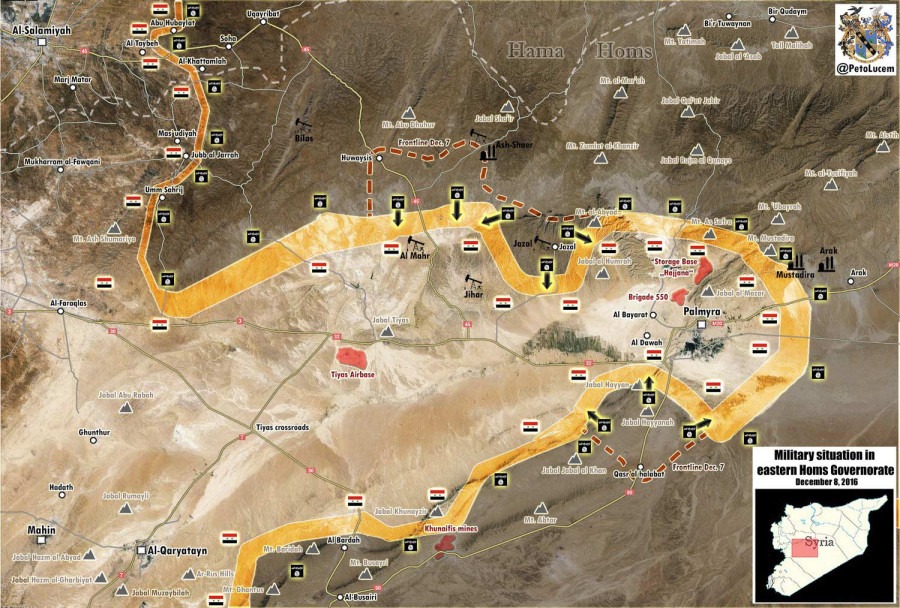 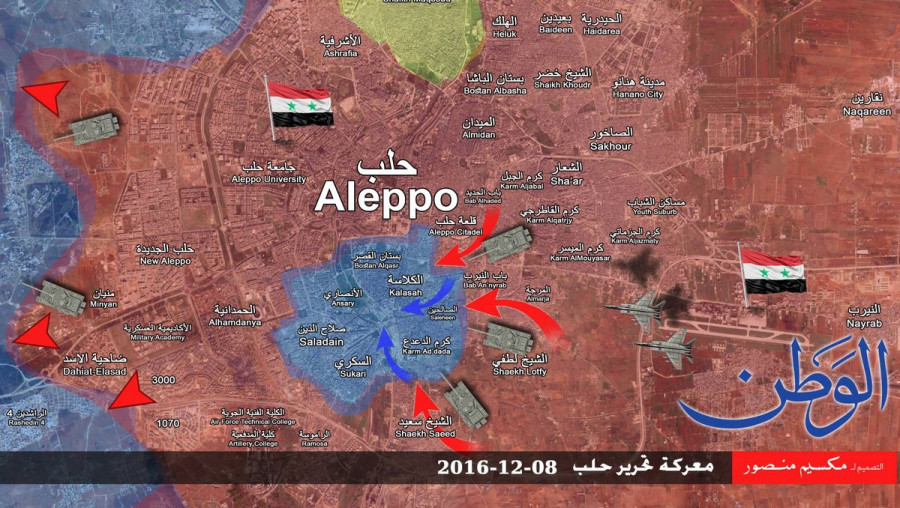 10:22 RIA Novosti: Memorandum of the acting US President Barack Obama on lifting formal restrictions for supplying US-allies in Syria with weapons in essence has a goal of supporting international terrorists in this country and other regions of the world, says a military political analyst, Senior Lecturer of Political Analysis and Sociology Department in G.V.Plekhanov Name’s Russian Economy University retired lieutenant-colonel Aleksandr Perendzhiev.